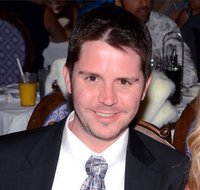 Born April 5, 1988 in Laurel, Maryland, Corey was the son of James C. and Donna J. Reagan of Reston. He was a 2006 graduate of Bishop Denis J. O’Connell High School, in Arlington, Virginia.  He attended James Madison University, earning his Bachelor of Business Administration (B.B.A.), Accounting, in 2010 and his Master of Science (M.S.), also in Accounting, the following year.

A Certified Public Accountant (CPA) by profession, Corey was employed by the criminal investigation division of the Internal Revenue Service, Pittsburgh office.  Previously, he worked for several years as a CPA at PNC Bank, and for public accounting firms in Pennsylvania and Virginia.  He was also a member of the National Treasury Employees Union (NTEU).

Corey was a devoted fan of both the Pittsburgh Steelers and Pittsburgh Penguins, and an active supporter of such organizations as the Human Rights Campaign (HRC), and many democratic candidates and affiliated causes.

In addition to his parents, he is survived by a brother, Ryan P. Hershey, of Frederick, Maryland; a sister, Jennifer L. Ferrario, of Brambleton, Virginia; one niece and three nephews; numerous cousins, aunts and uncles; and a wide, diverse circle of close friends and colleagues.

Visitation will be held Friday, March 29 at the Adams-Green Funeral Home, Herndon, Virginia, from 6:00 to 8:00 pm. A Funeral Mass will be offered on Tuesday, April 2 from St. John Neumann Catholic Church, Reston, at 11:00 am, with interment immediately following at Chestnut Grove Cemetery, Herndon.

ln lieu of flowers, donations may be made in Corey’s name to the Human Rights Campaign at https://www.hrc.org/, or alternatively to Habitat for Humanity of Greater Pittsburgh, at https://www.habitatpittsburgh.org/donate.