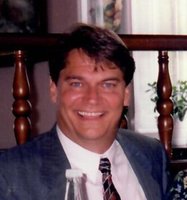 David M. (Rags) Ragland, age 68, of Ashburn, Virginia, passed away on Monday, April 8, 2019 of complications from Post Polio Syndrome. David was born in Austria on December 5, 1950 and grew up in Montgomery County, Maryland.

David graduated in 1969 from Robert E. Peary High School in Rockville, Maryland. At the time of his death, David was retired from a successful career as an Independent Insurance Sales Rep. He loved playing poker with the guys and smoking cigars, playing chess, watching and yelling at the Washington Redskins, as well as the Washington Nationals. He loved spending time with his family, friends, pets, and also visiting and getting to know his family in Austria.

He was preceded in death by his father, Maurice Alexander Ragland, his mother Irene Elizabeth (Major) Ragland, his sister Virginia Lee Ragland Murphy, his niece Laura Marie Williams, and one of his best friends Tommy Davis.

A special thank you to Inova Loudoun Hospital ICU doctors and nursing staff for loving and caring for David for so many years.

The family requests in lieu of flowers that memorial donations be made to Friends of Homeless Animals, 39710 Goodpuppy Lane Aldie, VA  20105. http://www.foha.org/

He will be missed dearly but we are sure he is already charming the angels.