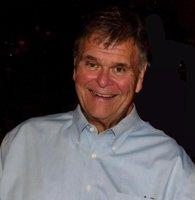 James E. Miller, of Lewes, DE, passed away peacefully after a long struggle with lung disease surrounded by his loving family in a hospital in Harrisburg, PA.

James was born and grew up in New Hyde Park, NY and attended Saint Pius X Preparatory Seminary graduating in 1964. He attended The Catholic University of America and earned a Bachelor degree in Electric Engineering in 1968 and a Master of Electrical Engineering in 1971. There Jim met Christine Moreland and they married in 1969.  He joined the Department of Defense, US Navy, right after college and retired in 2009 after 41 years of service.  They lived in Falls Church and South Riding, Virginia, where they raised their three beautiful children.  Jim and Chris retired to Lewes, Delaware in 2020. During their years together, they both loved to travel, European trips with wonderful friends, special individual trips with each grandchild, and yearly family beach vacations.

James is preceded in death by his parents, Edward and Estelle Miller and his brother, Robert.  He is survived by his wife of 51 years, Christine (Moreland) along with his three children, Matthew Miller (Shannon), Adrianne Trumpy, Amy Moss (James).  James is also survived his seven grandchildren, Joshua, Connor, and Lauren Trumpy, Zachary and Aidan Miller, Hudson and Andrew Moss, and by his sister, Lois Daly, three sisters-in-law, Susan Roudebush (Dale), Roberta Moreland and Penelope Moreland-Gunn, and many beloved nieces and nephews.

In lieu of flowers, donations may be made to the National Multiple Sclerosis Society at www.nationalmssociety.org.