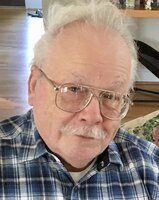 Geza Edward Molnar, Jr., 76, of Forked River, NJ passed away unexpectedly but peacefully, surrounded by loved ones, on April 11, 2022 in Reston, Virginia.

Born in Howard Beach, Queens, New York on July 16, 1945, he was the son of the late Mary Helen Molnar (nee Lango) and the late Geza Molnar, Sr.  In addition to his parents, he was preceded in death by his brother George Molnar.

After graduating from Aviation High School in 1962, Geza was an Airman 1st Class in the U.S. Air Force from 1962-1966.  Following his military service, he worked for the Kollsman Instrument Company calibrating altimeters.  In 1973 he got married and moved to Jersey City, NJ. He earned an Associate Degree in Science from Ocean County College.  He was employed with Burroughs Corporation, Hitachi Data Systems, and Federal Computer Services  until his retirement from the technology industry in 2007.

A man of admirable work ethic, he was employed part-time at Home Depot after his retirement.  He took pride in the many projects he had accomplished over the years in his own home and enjoyed advising others.

Geza was a self-taught leather artisan.  Meticulous in his craft, he found success in the small leather goods business he ran until his passing.

He had a love of gardening, spending countless hours carefully tending to fruits and vegetables, providing seasonal bounty to his family for years.

Geza was a quiet man with never a desire to be the center of attention.  He leaves behind a legacy of unwavering love, steadfast determination, and pure gentleness.

With great sadness we say goodbye to our husband, father, and grandfather.