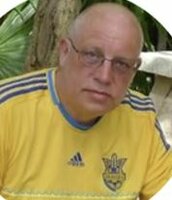 Murray S. Newcomb, President Founder of Tabiya Technology, Inc, a firm specializing in business intelligence consulting and staffing, died May 5th from esophageal cancer at age 66 at his residence in Reston VA.

After initiating undergraduate studies at Ball State University in 1973, he transferred to University of Purdue. His childhood passion for military history drove him to take all the graduate level courses in military studies offered at the University of Purdue before he enlisted in the US Army in 1976. While stationed in Germany from 1976 to 1980 he continued undergraduate studies focused on business and mathematics and computer science at the University of Maryland, Heidelberg. After his honorable discharge in 1980 he completed his Bachelor of Arts degree and a Master of Science in Computer Science at Ball State University.

Murray was an expert chess player and fantasy tabletop role-playing games.  While in the Army in Germany he played 1st Board for the NATO US and British combined Team which made the Cover of Stars and Strips in 1976.   Murray played chess in the Verbans and Landes chess leagues in Germany while in the US Army and was a German Candidate Master.  Murray was a USCF Expert rated player with Five CM and Two Master certifications. Murray regarded postal chess as the highest form of chess and was a USCF Postal Master, who while active was ranked in the top 25 in country.   A long-time player in the Arlington Chess Club and DC Chess League, he was the winner of the Emory Tate Award in the DC Chess League. He was known for classical chess and was a dedicated chess tutor and teacher.

Murray had a diverse consulting career specializing in business intelligence, data base and information system modernization.  He had a 27-year association with The Software Revolution, Inc, a leading IT modernization firm, where his contributions included spearheading the establishment of the off-shore Indian division of the company, leading the successful effort to mature and commercialize the company’s legacy MUMPS modernization (a computer language used in healthcare and banking).