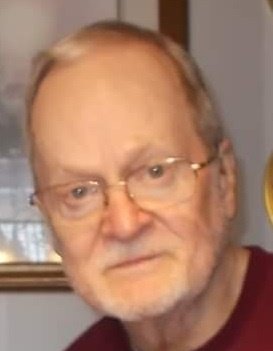 Ronald E. Kauffman, of Ashburn, VA, passed away April 12, 2019 at the age of 80.  Ron was born in Henrietta, PA to John and Flora (Ketner) Kauffman and was married to Patricia (Ziblut) Kauffman in Niagara Falls, NY. Ron was a U.S. Public Servant, having retired after 35 years with the U.S. Air Force and Government agencies.

Ron was an active member of his community while living in Herndon, VA and he volunteered with several organizations including the American Legion, the Lions Club, the Boy Scouts of America, and the Knights of Columbus. Ron was also a Secular Franciscan and a Eucharistic Minister at St. Joseph Catholic Church.

Ron is survived by his wife of 57 years Patricia; a son, Rick; daughter-in-law Nicole; one grandson, Eli; and a brother, Jack. Ron was preceded in death by his parents and his beloved daughter, Beth.

A visitation will be held at Adams Green Funeral Home, 721 Elden St. in Herndon, VA on Wednesday, April 24, 2019 between the hours of 5:00-8:00 PM.  A funeral mass will be held on Thursday, April 25, 2019 at 11:00 AM at St. Joseph Catholic Church in Herndon. Burial will follow the church services at Chestnut Grove Cemetery along with U.S. Air Force military honors.