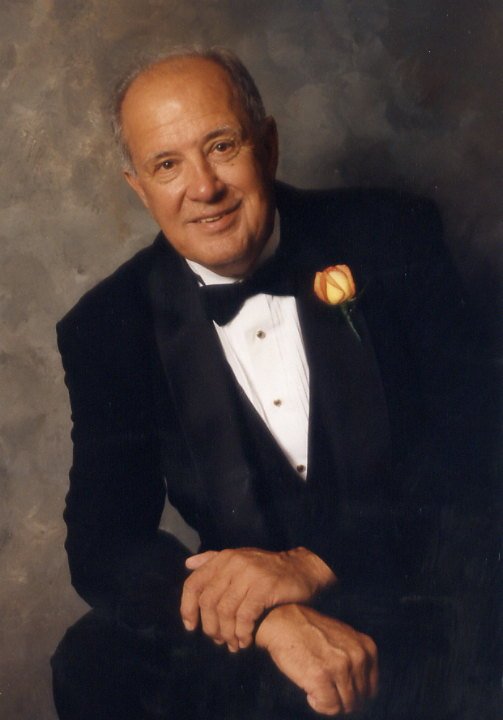 On Sunday, April 28, 2019 John Frank Heyner passed from this life surrounded by family at his home in Ashburn, VA. John was born on October 12, 1930 in the Bronx, NY to John Sr. and Rose Heyner, and was married on March 12, 1955 to his wife of 64 years, Barbara Youngling Heyner. His life was well-lived, with a focus on God, Family, and Country.

In his younger years John studied music and mastered the clarinet and saxophone. His first profession was as a musician playing with some notable big band orchestras in New York.

In 1952 John joined the United States Air Force. While home on leave in 1953, before deploying to serve in the Korean War, he met his future wife, Barbara. In Korea, John worked in an Air Force military intelligence unit as a Russian linguist and was awarded 4 Service Medals. Upon returning from duty in Korea, but while still enlisted, John and Barbara were married. Their first home was on the Presque Isle Air Force Base in Maine where John was stationed. While on base in Presque Isle the couple welcomed the first of their seven children.

On May 22, 1956 John was honorably discharged from the Air Force and the young family moved to Deer Park, NY where John’s parents lived. He found work in various sales jobs, eventually settling in with the Firestone Tire and Rubber Company. In 1959 the couple purchased their first home in Islip, NY, where they remained until 1966. During this period five more children were added to the quickly expanding family. John was very active in his church, the Bay Shore Assembly of God, as a Deacon, Choir Director, Bible teacher and Scout Leader.

In 1966 General Tire offered John a job managing their store in Alexandria, VA, which he accepted. John packed up the family and settled in Great Falls, VA, adding the last of the seven children shortly thereafter. He was eventually promoted to a District Manager position with General Tire, and then later started his own business, Alexandria Tire & Automotive, with a partner. When the metro rail came to Alexandria in 1984 and development exploded in the area around the King Street station where Alexandria Tire & Automotive was located, John and his partner sold to developers and he retired. Shortly thereafter John, Barbara, and the younger children moved to a new home in Warrenton, VA.

Retirement for John didn’t last very long and in 1989 he and several other family members started a deli and food service business called The Mini Gourmet in Reston, VA. After the sale of the deli portion of the business in 1995, John retired for good.

During John’s 30 years in Great Falls and Warrenton, in addition to helping raise and spend time with his large family, which had grown to now include a good number of grandchildren, he and Barbara’s caring spirit saw them open their homes and provide care to their elderly parents and other extended family members, as well as church members and employees in times of need. John continued to be very heavily involved in the church, serving at several churches in Northern Virginia. This involvement included being a Counselor, Choir Director, Deacon, and Elder; teaching Bible classes and Sunday School, doing some mission work overseas, and playing on the church softball teams. His positive influence was inspirational and life-changing for many during this time - family, church members, and others alike.

In 1996 John and Barbara moved to Flagler Beach, FL, and greatly enjoyed their retirement years there, frequently visited by family and friends. In 2007 they returned north to be closer to the largest concentration of family, owning homes first in Charles Town, WV and then in Ashburn, VA.

The Heyner family, friends, and all who were touched by John Frank Heyner and his humble, generous spirit are richly blessed to have had him in our lives, and while he will be deeply missed we look forward to the day when we will be united again in the presence of God.

A Memorial Service and Celebration of John’s Life will be held on Thursday, June 6, 2019 at 5:30pm at the Christian Fellowship Church, 21673 Beaumeade Circle, Ashburn, VA 20147 (http://www.cfellowshipc.org/directions). The Memorial Service will be immediately followed by a reception with heavy refreshments at the same location.

In lieu of flowers or other expressions of sympathy and compassion, the Heyner Family kindly requests that donations be made in the name of John F. Heyner to the Wounded Warrior Project (https://www.woundedwarriorproject.org/donate)