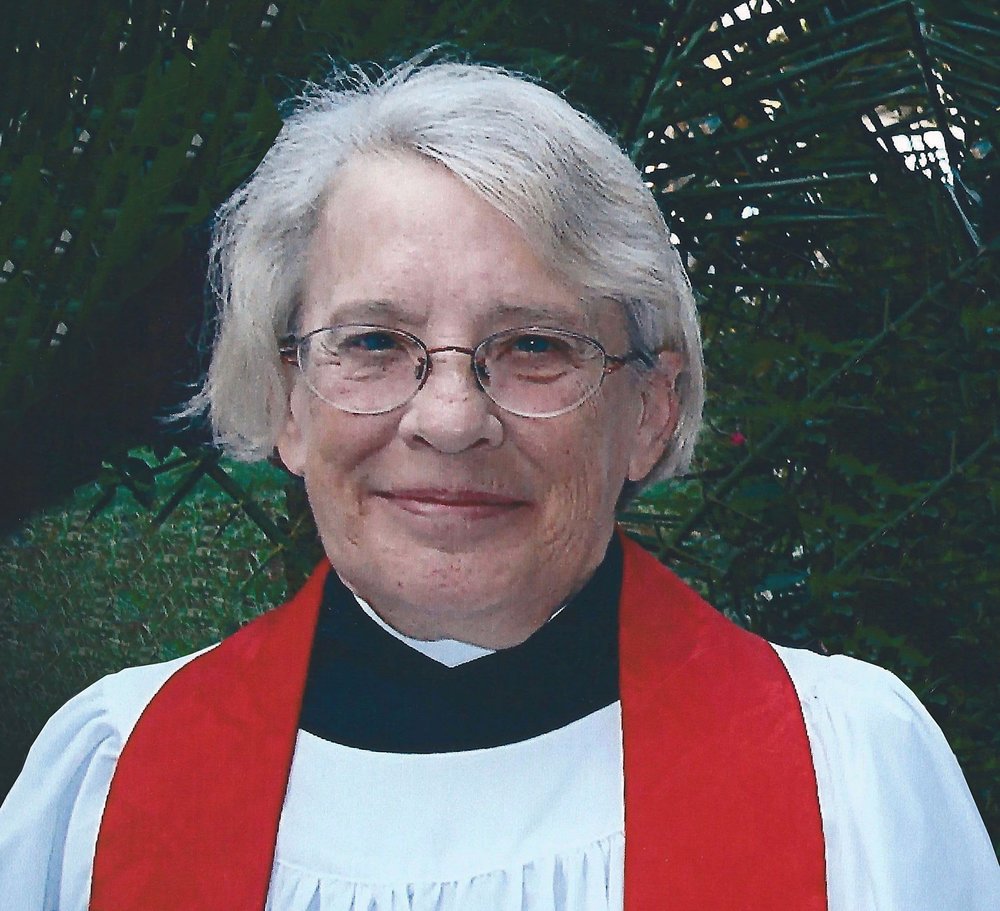 On May 3, 2019 Fredricka Ann (Rickie) Steenstra went to be with her Lord and Savior after a long and tiring battle with COPD.   She was at home with family in Herndon, Virginia.

Rickie was born on July 9, 1943 in Bethel, Connecticut as the older of two sisters born to Frederick and Gunhild Timms.  She graduated from Bethel High School in 1961 and from the Katherine Gibbs School of Secretarial and Executive Training in 1963.  After working for some years at the E. F. Hutton office in New York and Grumman Aircraft on the Apollo Lunar Lander project, she attended Western Connecticut State University and graduated in 1979.

Feeling a clear calling from her Lord to go into full time ministry, Rickie attended the General Theological Seminary of the Episcopal Church in New York City.  She graduated and was ordained as a deacon in 1983 and on March 20, 1984 was ordained as a Priest of the church.  She recently celebrated the 35th anniversary of her ordination.  Her call to ministry was followed by 26 years of full time service before her retirement in 2010 due to health reasons.

Those years included serving at two Episcopal Church parishes in Connecticut:  St James’ in Danbury and St Michael’s in Naugatuck.  She moved to North Carolina in 1994 and served at Christ Church in New Bern, St Christopher’s in Havelock, Good Shepherd in Wilmington and Christ Church in Elizabeth City.

Her final parish was Church of the Redeemer in Camden, North Carolina.  She had much to do with the church being established and was the first rector, serving from 2006 to 2010.  This was the culmination of her formal ministry and gave her great joy.  Her involvement in this church plant in the then newly forming Anglican Church in North America reflected her unwavering commitment to the authority of Scripture and her faithful witness to Jesus as the Way, the Truth and the Life.  In retirement she continued until just weeks before her death to lead a Women’s Bible Study group every Monday and to participate with vigor in a church Home Group.

Along with her ministry and love for Jesus, her great passion was family and friends.  As a wife, a mother and especially as a grandmother she gave and received total love, affection and commitment.  She was always generous and loved to lavish her family with thoughtful gifts for every occasion and shared with abandon her gifts of listening, wisdom, laughter and love.  She also had a passion and great love for Cape Cod, for Hallmark Christmas movies, and especially for all of her dogs that she spoiled as much as her children and grandchildren.

She is also survived by Hank’s three sons and their families with whom she had many years of connections, including joyful family beach gatherings.  They are:

The funeral service for Rickie will be led by Bishop John Guernsey and will be at Church of the Epiphany Anglican, 3863 Centerview Drive, Chantilly, Virginia on Friday, June 28 at 2:00 pm.   Burial will take place at Wooster Cemetery in Danbury, Connecticut at 10:30 am on Saturday, July 13.

In lieu of flowers or other expressions of sympathy, the family requests that donations be made to either of two of Rickie’s favorite charities – The Gary Sinise Foundation or the Wounded Warrior Project.

Share Your Memory of
Rev. Fredricka A. “Rickie”
Upload Your Memory View All Memories
Be the first to upload a memory!