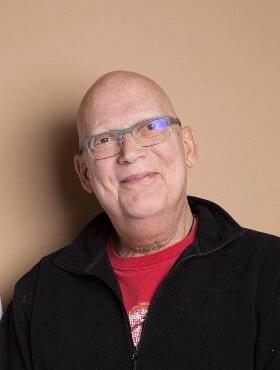 Get Directions
Wednesday
29
May

David Joseph Segal, age 70, passed on May 24, 2019 after a long and courageous battle with cancer.  He is survived by his mother, Florence Segal, of Richmond, Virginia; his sister, Dee Dee Costello of Panama City, Florida; his son, Gabriel Segal, of Herndon, Virginia; daughter, Callie Segal of Leesburg, Virginia and daughter, Erin Wood of Charlottesville, Virginia.  His marriage to Saranne Barber Segal ended in divorce although they remained close friends throughout his life.

His interests and passions ran to the arts.  He loved travel and all things Italian, as well as performing in community theatre with many credits to his name.  He was a film enthusiast as well as an avid photographer, earning several awards in the field from the Herndon Council of the Arts.  He was an active community member and volunteered for Meals on Wheels, Herndon Festival, the Reston Community Players and many more.

He fought valiantly and bravely for several years against the cancer that eventually overwhelmed him.  His determination to live his life in the best possible way and strive to beat the odds was an inspiration to all who knew him.

A celebration of life will be held at the Adams Green Funeral Home in Herndon on Wednesday, May 29 at 11am.  The family will be hosting a reception following the service at 1513 Sadler Wells Drive in Herndon.