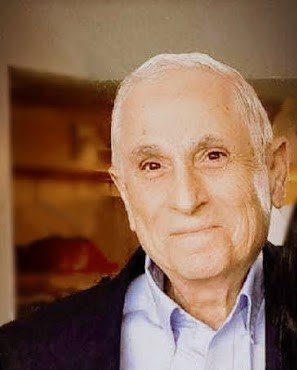 John N. Glorioso, Real Estate Broker/Entrepreneur, died at home surrounded by his family in Great Falls, Virginia on May 26th, 2019.   John was 75 and had lived in Great Falls since 1977.

John is survived by his loving wife of 50 years, Ruth, his daughters Karen Glorioso McGirk (Sage) from Nokesville, VA, Katherine Glorioso Dress (Dave) from Herndon, VA, Jennifer Rogers (Griff) from Ball Ground, GA and Jessica Glorioso from Great Falls, VA as well as his grandchildren, Tyler, Olivia and Lucy.  John is also survived by his brother, Lillo and many nieces and nephews. He was preceded in death by his mother, Rosalia Maggiore and father, Giuseppe Glorioso and his faithful dog, Fiona.

John was born on January 9, 1944 in Cefalu, Sicily (Italy).  When he was 8 years old, the family moved to Honduras to help an uncle with a hotel, bakery and spaghetti factory.  During his time there, John started many businesses to include: raising chickens, opening a music store, starting a motorcycle business and helping his mother with the bakery.  After 10 years in Honduras, he was granted permanent resident status in the United States and moved here, subsequently joining the US Army, serving in Korea at the DMZ during the Vietnam War and in Ft. Monroe, VA.  After his honorary discharge, he joined the FBI as a Fingerprint Expert, receiving a special commendation from J. Edgar Hoover for his outstanding identification of badly damaged fingerprints.  He met his wife, Ruth while at the FBI and they were married on August 2nd 1969 and settled in Arlington, VA. In 1977 they moved to Great Falls, VA where they raised four beautiful daughters.

After the FBI, John became a true entrepreneur and started several businesses throughout the years, including a language school, translation/transcription business, an insurance agency and two delis.  He went on to become a Realtor and a Real Estate Broker as well as an author of a small business guide.

John was a private pilot, loved to cook, play the accordion, drums and bongos and enjoyed listening to and singing Italian music.  He and his family enjoyed traveling to Sicily, Central America, England and more.

John loved his God, his country, his family and the dogs in his life – Fiona, Tahoe, Fiona2, Jack, Pauly, Memphis, Zoe, Macy and Savannah.

God gifted John with a love of laughter and that laughter saw him through the hardest parts of life. Thank you to all who made him laugh, encouraged him and prayed for him.

A viewing and prayers will be held on Sunday, June 2nd at the Adams Green Funeral home in Herndon, VA from 3:00 p.m. to 5:00 p.m.  The funeral will be held at St. Catherine of Siena Catholic Church in Great Falls, VA (1020 Springvale Rd, Great Falls, VA 22066) with a reception to follow at the church after the burial at Chestnut Grove Cemetery ( 831 Dranesville Rd, Herndon, VA 20170.