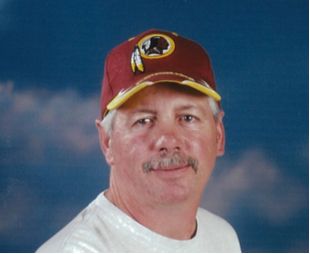 Born November 7, 1954 in Arlington, Virginia he was the son of the late William W. Crocker, Jr. and Phillis Maxine Bowen Crocker.

Daryl was a devoted father, grandfather and brother that dearly loved his family and friends.  He grew up in Falls Church and Herndon, Virginia and worked for Trowbridge Steel Co. in Sterling, Virginia for over 30 years.  On retirement from Trowbridge Steel he worked several years for the Town of Herndon.  Daryl loved life and lived it on his own terms.  He was a longtime member of the Herndon Moose Lodge, Eagles and the VFW.  Daryl was an accomplished big game hunter, fisherman and overall outdoorsman.  Daryl was also the “last farmer on Reston Avenue” in Herndon.  Each year he put vegetables from his garden out on a table in front of his house for anyone that needed them.  He left a contribution box but no money was required.  Daryl was a patriot who proudly flew the American flag prominently at his home and was also a lifelong Redskins fan.  Daryl was the fourth of 7 children who was affectionately referred to as the “Middleman.”  Each year Daryl would sponsor a picnic reunion for all of his extended family at his home on Reston Avenue.

The family will receive friends from 5 to 8 PM on Friday, June 21, 2019 at Adams & Green Funeral Home, 721 Elden St., Herndon, VA. with chapel services held there on Saturday, June 22 at 10 AM.   Interment will follow services at Chestnut Grove Cemetery in Herndon.  A celebration of life reception will be held at the Herndon Moose Lodge following the interment.

Share Your Memory of
Daryl
Upload Your Memory View All Memories
Be the first to upload a memory!