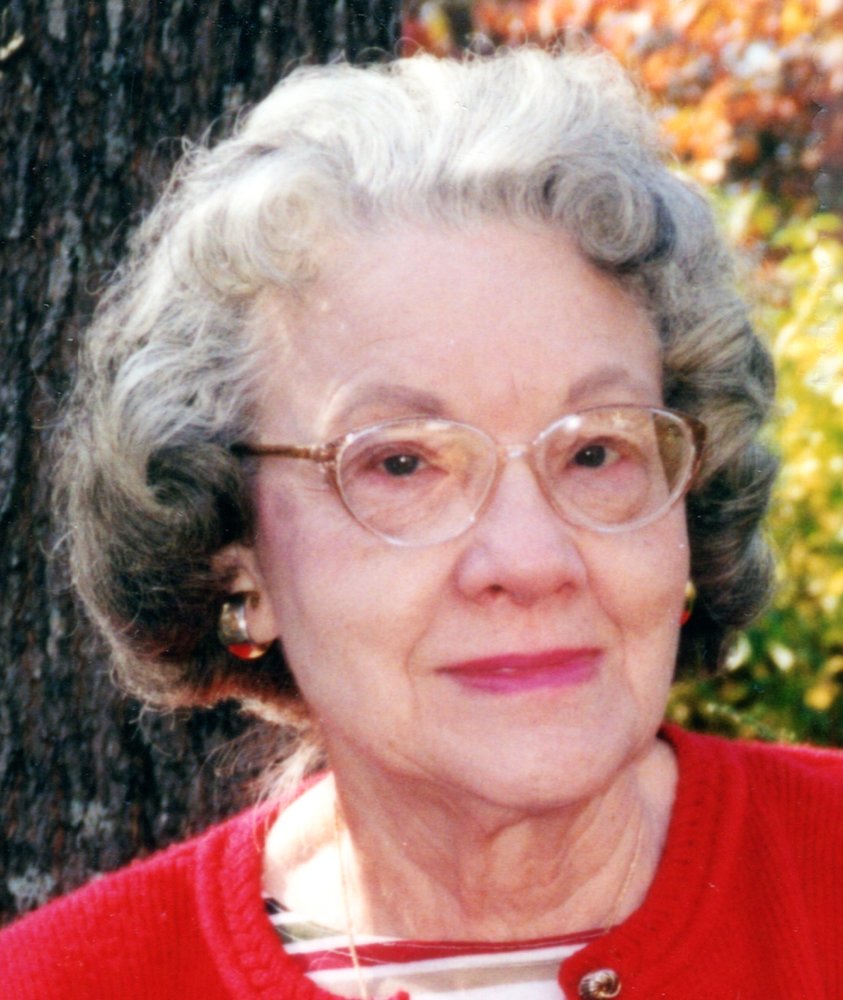 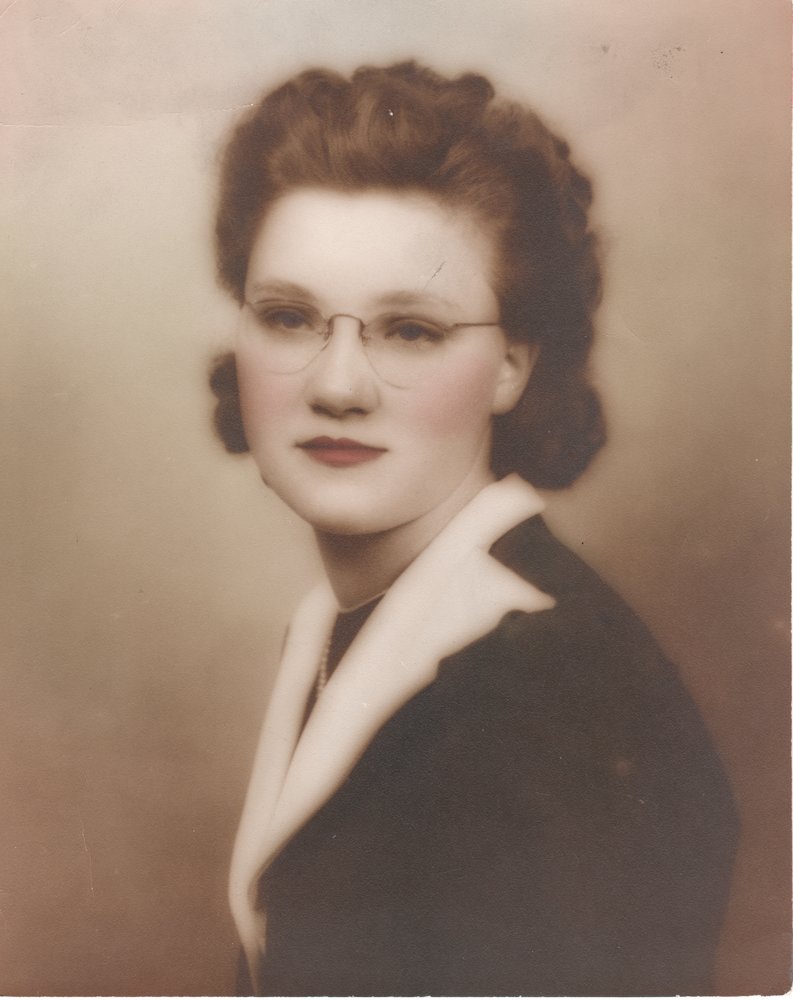 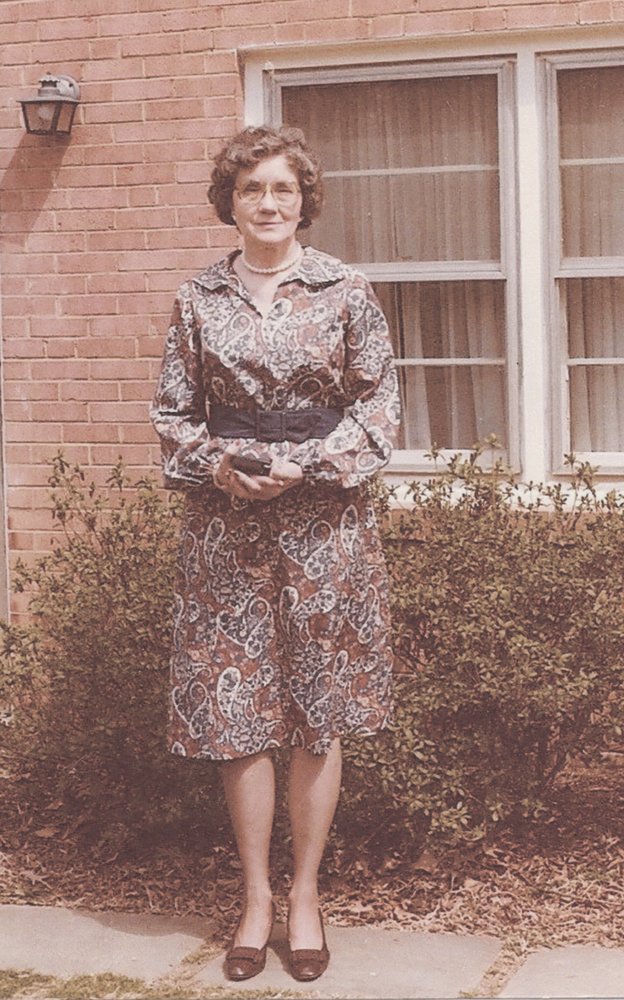 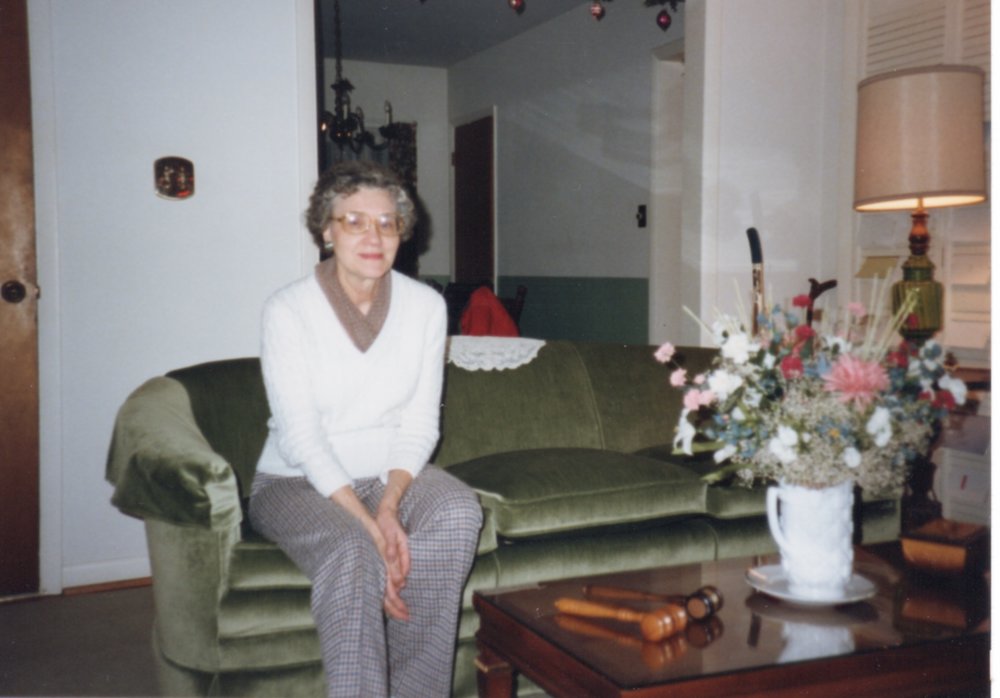 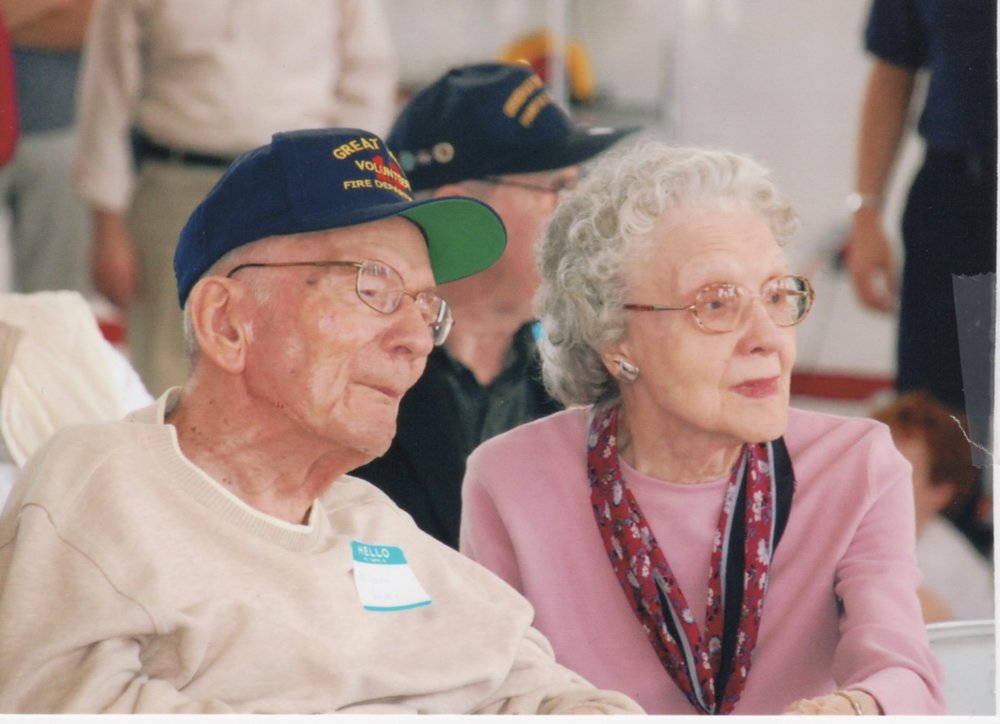 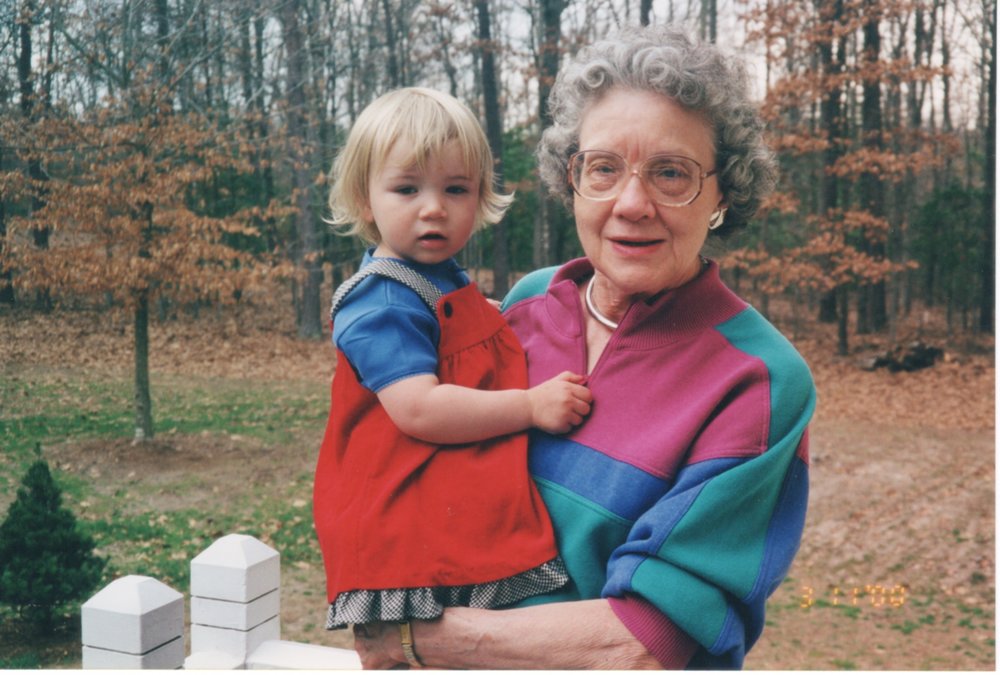 Ellen Sanders died peacefully on June 20th, 2019, at Westminster of Lake Ridge Health Center in Lake Ridge, Virginia. A long-time resident of Great Falls, Virginia, she was preceded in death by her beloved husband of 62 years, Milburn Page Sanders.

Ellen was born in Brownsville, Pennsylvania, a small town on the Monongahela River. She graduated from Brownsville High School and soon after moved to Washington, D.C., with a group of girlfriends who were seeking opportunity in the nation’s capital. She found work with the U.S. Department of Commerce’s Weather Bureau (now the National Weather Service) and socialized with friends and work colleagues. Through this “crowd” she was introduced to Milburn Sanders, a young man from what was then known as Forestville, Virginia (now Great Falls). The two young people seemed to hit it off, and their companionship quickly became a habit. In April 1950, Ellen and Milburn became the first couple to be married in the new Forestville United Methodist Church building located on the then-sleepy Georgetown Pike. After a short residence in Washington, D.C., Ellen and Milburn settled in Forestville, remaining residents of the community long after it became Great Falls, until the processes of aging made it necessary to seek care at a skilled nursing facility.

Ellen became a full-time homemaker after the birth of her first child, Karl, and she and Milburn welcomed a second child, Lisa, about three years later. Ellen was devoted to her family and home and enjoyed preparing healthy, delicious meals as well as decadent desserts for her family. The one-time city girl embraced her life in a country-like setting and enjoyed doing yard work or helping with tasks such as clearing brush and cutting down trees, interior house painting, and furniture refinishing. By the time her second child was in high school, Ellen returned to work in a part-time position as church secretary at Great Falls United Methodist Church. She served in this position for more than 25 years, retiring to be at home with Milburn and working tirelessly as his primary caregiver in his final years of life.

Ellen may have been known best in the church and community for her singing. Trained in classical voice as a teenager, Ellen had a beautiful soprano voice and was a decades-long member of her church choir. She frequently performed solos in church services and music cantatas as well as for weddings and funerals. She enjoyed music from operas, Broadway musicals, and classic movie musicals, with her tastes ranging from her long-time favorites Jeannette MacDonald and Nelson Eddy to the Three Tenors, Andre Rieu, and the Italian trio, Il Volo. Her voice remained relatively true until the end of her life. In recent years, it was always a delight for her family members to watch the amazed reactions of visitors or new staff at Westminster of Lake Ridge when this unassuming woman in a wheel chair opened her mouth to sing a line or two from “The Sound of Music” or a well-known hymn.

Ellen was preceded in death by her parents, her husband, Milburn, and her sister, Frieda Klueger. She is survived by her two children; Karl Sanders, of Haymarket, Virginia, and his wife, Anne; and Lisa Anderson, of Troy, Virginia, and her husband, John; three granddaughters, Samantha, Rhiannon, and Tara; two great-grandchildren, Cherish and Levi; and two nephews and five nieces.

Visitation will occur on Friday, June 28th from 10-11 AM in the sanctuary of Great Falls United Methodist Church, 10100 Georgetown Pike, Great Falls, VA, with a service following at 11 AM. Interment will follow at Arnon Cemetery in Great Falls, with a reception at the church following the interment. Those wishing

to express their condolences may make donations in Ellen’s name to the Great Falls Volunteer Fire Department, P.O. Box 78, Great Falls, VA 22066 (or http://www.greatfallsvfd.org/donate.html), or to a charity of their choice.

Share Your Memory of
Ellen
Upload Your Memory View All Memories
Be the first to upload a memory!