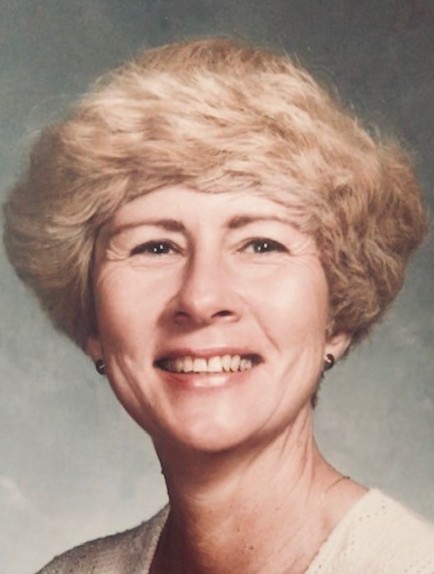 Joan Constance Cestaro passed away peacefully on Sunday, June 30th, 2019 at the age of 86 at the Falcon’s Landing Military Retirement Community in Potomac Falls, Virginia.

Joan was born in Wilkes-Barre, Pennsylvania on January 12th, 1933 to her late parents Constance Elliott and Joseph McCarthy. Soon afterwards, her family relocated to New York City, where she spent her formative childhood years living in the Sunnyside neighborhood of Queens.

As a teenager, Joan attended Garden Country Day High School in Jackson Heights, later enrolling at Hofstra University in Hempstead, NY. With a lifelong passion for music, she took both singing and piano lessons in her youth and performed in a number of community productions. A noted beauty, Joan graduated from the John Robert Powers Modeling School in New York City and was featured in numerous magazine advertisements throughout the late 40's and early 1950's.

Married on January 7th, 1956, Joan was the beloved wife for 63 years of Lt. Col. Joseph M. Cestaro.  Shortly after their marriage, Joseph entered the United States Air Force, and the couple spent time at various posts throughout Texas and Missouri. Upon leaving active duty service, Joan and Joseph moved back to Queens, and later Long Island, before finally settling in their adopted hometown of Vienna, Virginia, where they raised their three children Debbie, Donna and Michael.

As a devoted homemaker, Joan took up a broad range of interests and hobbies. She volunteered considerable time in support of her daughter’s Girl Scout troop, leading the local cookie fundraising drive for many years and using her baking talent to help the girls earn their cooking merit badges. On one notable occasion, she helped the girls bake cookies for President Eisenhower after he was hospitalized during a bout of illness; they were later thrilled to receive a personally signed thank-you note from the President himself. Joan was also an avid tennis player, taking a lead role organizing both the women’s and junior teams at Cardinal Hill Swim & Racquet Club during the 1970’s. A devout Episcopalian, she was an active member of the church throughout her life and took great pride in her role as a member of the church choir. Joan also performed with the Women of Note choral group for more than a decade, taking part in numerous public concerts. She was also a great fan of Broadway musicals and regularly attended them with her husband Joseph. A dedicated spouse, she supported her husband’s profession through her engagement with the American Orthotic & Prosthetic Association’s women’s auxiliary group.  Joan also enjoyed a variety of other hobbies including knitting, reading, bridge, painting, landscaping, beach vacations, entertaining family and friends, and the nurturing of her beloved canine companions. A kind, loving, and talented soul, she will be dearly missed by all.

Share Your Memory of
Joan
Upload Your Memory View All Memories
Be the first to upload a memory!