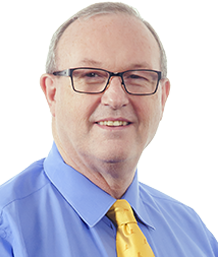 Robert P. Saunders, M.D., 60, formerly of Ashburn, passed away on June 30, 2019.  Bob was the owner and a MDVIP physician for Family Medicine at Lansdowne in Leesburg, VA. Born May 18, 1959 in Tottenham, London, England, he was the son of Catherine Georgina (Charles) Saunders and the late Raymond John Saunders.

Bob was a loving father, son, brother, doctor, and friend. He grew up in London, England where he obtained a Bachelor of Science in Electrical Engineering from Stafford University. He immigrated to the United States in 1984 as a diplomat for the United Kingdom as Vice President of Unitech.  Bob went on to obtain a Master’s in Software Engineering from George Mason University 1995 and his Doctor of Medicine from George Washington University in 2001. He obtained his United States citizenship in October 2002 and started up his medical practice in 2004.

Bob obtained his commercial pilots license in the 1980s and later in life enjoyed riding his Harley Davidson. He loved music, movies, the Redskins, the Tottenham Hotspurs, George Mason basketball, and fishing with his son. His long-suffering American family also put up with his great love of kippers and other peculiar English foods.

A memorial service will be held for family and friends at 6 PM on Thursday, July 11, 2019, at the Leesburg Community Church followed by a reception to celebration his life.  Donations can be made in honor of his name towards St. Jude Children’s Research Hospital (stjude.org), his charity of choice.

Share Your Memory of
Robert P.
Upload Your Memory View All Memories
Be the first to upload a memory!