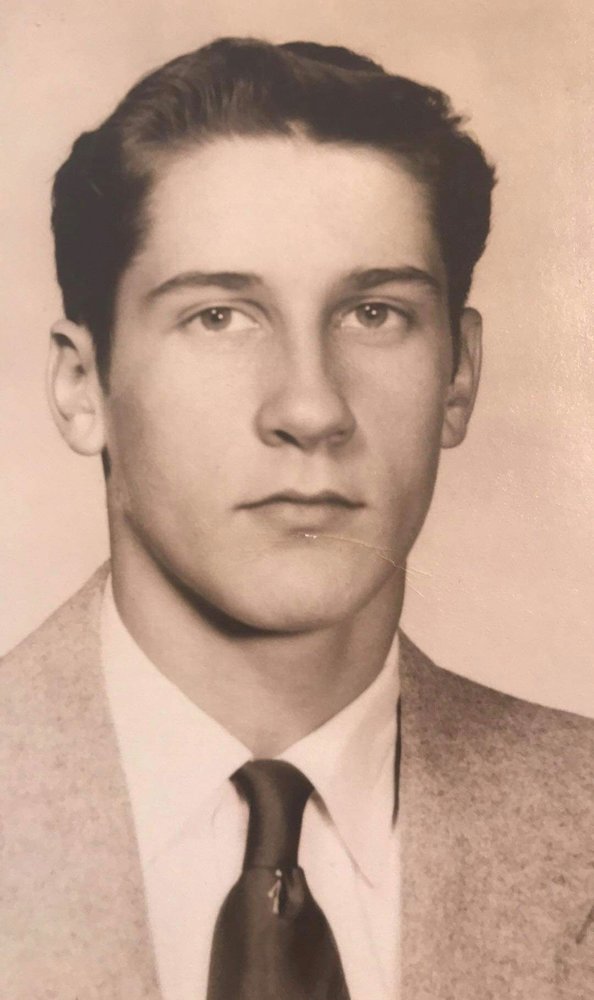 With broken hearts we would like to announce the passing of our beloved husband and father, Charles Robert Oliver.  Known to his many friends as Bob, his close family as Robbie and if you were lucky  … as Daddy or Pop Pop!

Bob was the son of the late Blanche and James Russell Oliver.  In addition to his parents, Bob was preceded in death by his two brothers, Jim and Gene, as well as his two sisters, Annabel and Betty.

Bob, a 1958 graduate of McLean High School, proudly served the United States Navy for four years where he played the French horn in the Admiral’s Band.  With a deep love of music and unwavering faith, Bob became a choir director first at Andrew Chapel United Methodist Church and then went on to lead a wonderful choir at Great Falls United Methodist Church for a combined total of 36 years.  Ever the professional salesman, Bob excelled in his career at Raleigh’s Department Store where he specialized in Men’s suits and a high level of customer service.  Bob then went on to enjoy many years selling cars at Moore Cadillac in Tyson’s Corner.  Golf, fishing, and family were the true passions in his life.  Bob never met a stranger; all were fair game for his endless jokes and silly faces.  You truly could not help but smile when you were around him.   Bob held his sense of humor right until the very end, his amazing nurses just loved him.

Left to cherish his many wonderful, love-filled memories are his wife of 58 years, Betty Jane, and his two adoring daughters, Holly (Ben) and Heidi (Mike).  Bob had four grandchildren who truly thought he hung the moon, Hunter, Emma, Hali and Shepherd.  He was also blessed by two bonus grandchildren, Andrew (Jamie) and Sarah (Tim) along with four great grandchildren, Becca, Ethan, Daniel, and Sadie.  Bob also had several special nieces and nephews, and a long list of cousins, who stood by his side during this difficult journey.  Special thanks to Mark (Julie), Lauren (John), Linda (Larry), Lynne (Mike), Sherri (Tim) and Ronnie (Mary) and all the grand nieces and nephews and great grand nieces and nephews.

We are a family filled with love and laughter.  A huge part of us is now missing.  We will be forever grateful for the many friends and family members who stood by us, prayed for us, and helped us though this fight for Bob’s life.  For those that made extra special trips to comfort Bob in the hospital with your memories, videos, jokes, and many prayers; please know that you made a huge difference in Bob’s life and in ours.

A Celebration of Life service will be held at 11:00 am on Saturday, July 27th at Sterling United Methodist Church with the Rev. Steve Vineyard officiating. In lieu of flowers, memorial donations may be made to the Charles Robert Oliver Music Scholarship Fund @Sterling United Methodist Church, 304 East Church Road, Sterling, VA 20164. Bob dreamed of helping children interested in pursuing a career in music, but perhaps did not have the financial backing to accomplish their dreams.