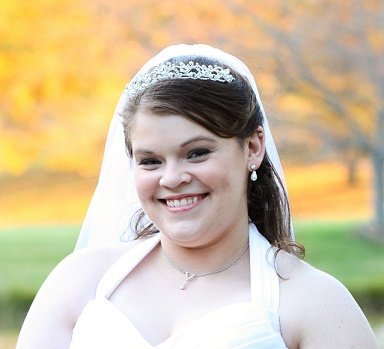 The daughter of Ran and Kathleen (Mann) Farmer, Kelsey was born in Fairfax, Virginia on May 29, 1987. Growing up, she lived abroad in Prague, Czech Republic, and attended the International School of Prague.  She traveled extensively throughout Europe with her family before returning to the United States in 1999.

Kelsey was a gifted singer and talented musician, and she performed frequently during her years at Broad Run High School in Ashburn, VA, as a member of the school’s drama club and color guard.  She graduated from Broad Run in 2005. While she was a student there, a friendship was born with Matthew Hockenbury. Though life initially took them in different directions following high school, their connection was rekindled and they were married on October 16, 2011 in Reston, Virginia.  Kelsey was a devoted wife to Matthew and loving mother to their two charming little boys, Everett and Owen. She had a compassionate heart and was an avid animal rescuer throughout her life, frequently opening her home to animals in need of foster care.

In addition to her husband and children, Kelsey is survived by her parents Kathleen (Richard) Lepley and Ran (Yana) Farmer, her sister Meghan Farmer-Bowles (Corey), her father- and mother-in-law Allen and Mary Hockenbury, and several aunts, uncles and cousins. Kelsey was predeceased by her grandparents, William and Gladys Mann and Ronald and Elizabeth Farmer.

Services will be held on Thursday, July 18th at 1:00 PM at Adams-Green Funeral Home, 721 Elden Street in Herndon, VA.

In lieu of flowers, memorial gifts in Kelsey’s honor may be made to the Homeless Animals Rescue Team of Virginia (https://hart90.org/)

Additionally Kelsey's coworkers at CARE Veterinary Hospital have started a memorial fund in her name for the benefit of our boys. Please go to the following: (https://www.gofundme.com/f/paying-tribute-to-kelsey/contact/organizer)

Share Your Memory of
Kelsey
Upload Your Memory View All Memories
Be the first to upload a memory!