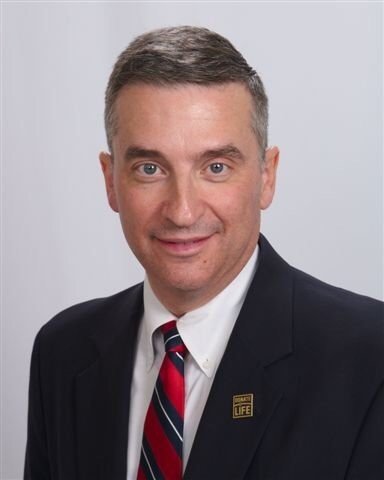 Thomas Charles Butler (Tom) passed away at Georgetown Hospital on July 29, 2019 after a long illness.   He was preceded in death by his mother, Dolores Butler.  He is survived by his wife Kathy Butler, his sons Joseph (his wife Kathy) and Michael Butler, his father Larry Butler, his sisters Victoria Ramsey (Jim) and Elizabeth Ratcliff (Scott), niece Bethanie Ramsey and nephews Jack and Luc Ratcliff.

Tom was born in Racine, Wisconsin on March 29, 1960 and graduated from West Springfield High School (VA) in 1978.  He earned a Bachelor’s Degree in Commerce from the University of Virginia and a Master’s Degree in General Administration from the University of Maryland.  He was an Enrolled Agent licensed by the IRS.  In 2002 Tom established Butler Consulting Group which later won a Best Small Business of the Year award from the Loudoun County Chamber of Commerce.  At the time of his death, Tom was the owner of Acumen Accounting, Inc.

While at UVA, Tom was actively involved in a commercial, student-run radio station, WUVA.  He worked as a DJ, newscaster, salesman and general manager.  It was at WUVA that he met not only his dear friends Hal Carlson and Andy Stuart, but also his future wife Kathy.  Tom and Kathy celebrated their 35th wedding anniversary the day before Tom passed away.  They are very proud parents of Joe and Michael.  Some of Tom’s greatest joys came from cheering on his sons in their many activities.  He loved being a dad.  He also loved music, both as a DJ and a singer, NASCAR, any sport UVA was involved in (Go Wahoos!!), shooting sports, and watching old movies.  He was an active member of Galilee United Methodist Church for almost 23 years.

Tom was blessed to have many wonderful friends.  He was especially grateful to know Larry White, who gave Tom ten extra years of life by generously donating a portion of his liver to Tom in 2008.  Although they hardly knew each other before the transplant, Tom grew to consider Larry and his wife Debbie dear friends.  He lived a blessed life.

A celebration of Tom’s life will be held on Tuesday, August 6 at 4 PM at Galilee United Methodist Church in Sterling.  In lieu of flowers, the family asks that donations be made to: