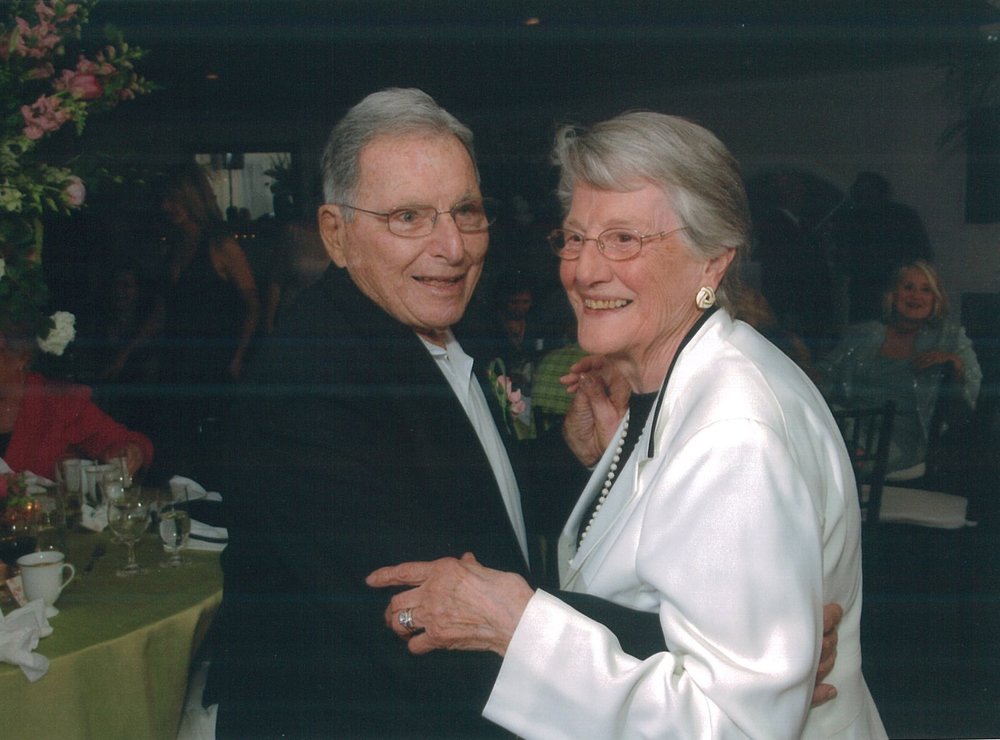 Born on August 20, 1919 in Boston, MA, she was the daughter of the late Prodocimo and Louise Lievi of Boston, MA.  She was preceded in death by her loving husband of 71 years, Leo Jerome Gallagher who passed away in 2010.   Dot and Leo were married in August 1939.

Dot was the youngest of eight children.  She grew up Boston and attended St Gregory’s Parish School and Dorchester High School.  Dot and Leo met and fell in love when Dot was just 16 years old.  They married 3 years later and had their first born in 1940.  Twenty years later, they had their second child.  In 1960, they moved to Weymouth MA and then to Hingham MA in 1967.  Dot and Leo moved to Leesburg VA in 1988 and finally settled in Ashburn VA until Dot moved into Sunrise Senior Living in November 2019.

Dot and Leo loved to travel and made yearly trips across the country to enjoy the beautiful California weather during the winter months.  Dot was a fabulous cook, devoted wife, mother, and grandmother.  She loved her family more than anything.

The family will have a private memorial ceremony.

Share Your Memory of
Dorothea
Upload Your Memory View All Memories
Be the first to upload a memory!