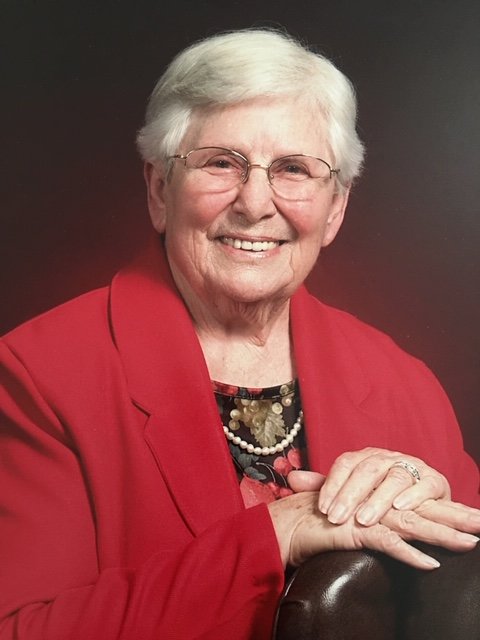 Thelma Lee Beach, 97, passed away peacefully surrounded by her family on Tuesday, August 27, 2019 at Tall Oaks Assisted Living. Thelma was born January 20, 1922 in Bladenboro NC.  She was the daughter of the late Nelson and Sudie Kinlaw and sister of the late Crofton Kinlaw.  Married to Warren Eugene Beach in 1954, they were long time residents of Great Falls, Va. where they lived on their farm and raised their family.  Upon Warren’s death in 1995, Thelma most recently was a resident of Ashburn, Virginia.

Thelma was a devoted wife, mother, homemaker, seamstress, avid gardener, and excellent cook.  She worked 2 years for a telephone company and 11 years for Marriott Corporation.  She was a Sunday School teacher for many years at her church and other activities included crochet, word search puzzles and pursuing her love of piano and music later in life.

She is preceded in death by her beloved husband of 41 years, Warren Eugene Beach and son Ronald (Tommy) Kinlaw.

Visitation will be held Tuesday, September 3,  2019 at 10:00 a.m. at Adams Green Funeral Home in Herndon VA followed by services at 11:00 in the Funeral Home Chapel. Interment services to follow at

Share Your Memory of
Thelma
Upload Your Memory View All Memories
Be the first to upload a memory!