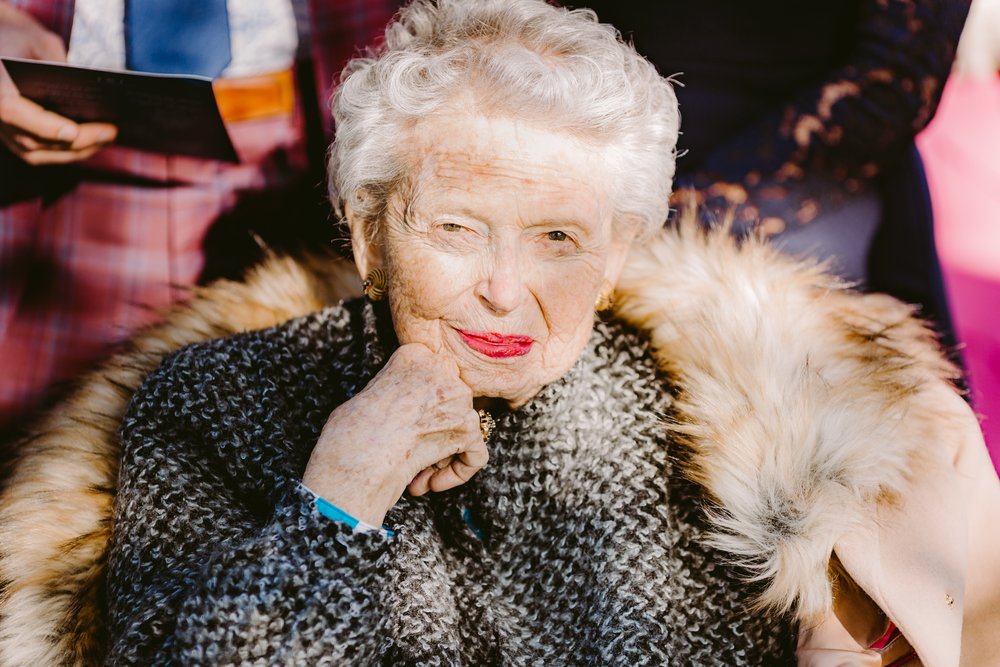 Ginnie was born July 31, 1925 to the late Paul Dilwyn Summers and Dorothy Mathers Summers. She spent most of her early life in Washington, D.C. and attended Madeira School in Great Falls, VA, graduating at 16. She then attended Smith College, graduating in 3 years with a degree in Journalism in 1944. She met the love of her life, Nathaniel M Martin in 1945. They were married for almost 50 years. Nat, a career Army engineering officer and executive with IBM, and Ginnie greatly enjoyed their experiences of living in Washington DC, France, Germany, Fort Leonard Wood MO, Carlisle PA, Darien CT, Wellesley MA and finally retiring to Williamsburg, VA. Her final move to Ashburn in early January 2013 brought her back full circle to the DC area.

Virginia was a lady of stature who was loved and admired for her wide-ranging knowledge and gentle loving spirit. She enjoyed a life well-lived with grace and good humor. The family could always count on her to know the right thing to do in all situations. She was an accomplished scholar and investor, reading the Wall Street Journal daily until the last. Her love of flowers and involvement in her local garden clubs in Boston and Williamsburg brought her great joy. Ginnie’s proudest accomplishment (besides her family of course) was her involvement with the World Council Affairs chapter of Boston and Richmond. Her family often teased her about her love of travel by saying her motto was: “have passport, will travel”. Until her mid 80’s she often took two trips abroad each year exploring new cities, experiences and cultures.

She is survived by her four children, Nathaniel M Martin, II of Taos, NM, Elizabeth A. Martin of Coclalla, ID, Michelle M Powers of Gainesville, Fl, and Sandra M Herr, of Herndon, VA, 13 grandchildren, and 16 great-grandchildren!

Ginnie, a grand lady to all and a loving example of refined grace to her family, will be sorely missed!

Following a memorial service at Fort Meyers Chapel, Virginia will be buried next to her husband in Arlington National Cemetery. In lieu of flowers, donations in her honor can be made to 4 Paws for Ability, The Seeing Eye, Heifer International, or American Association of People with Disabilities.

Share Your Memory of
Virginia
Upload Your Memory View All Memories
Be the first to upload a memory!