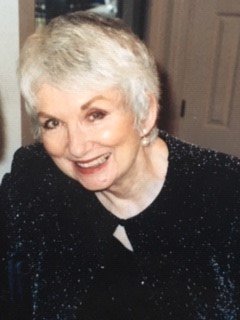 Ann (as she went by after graduating from high school), was born to Conrad and Anna Roswick in Seattle, Washington on July 22, 1934, and passed away peacefully on September 23, 2019 in Manassas, VA.   Her parents arrived in this country from Norway in the early twentieth century, settling in Seattle, but always remained connected to their roots.  Ann had a son (Blaine) in 1958 whom was raised by a wonderful adoptive family.  She reached out and reunited with him and his family later in life, which brought her great joy.  She moved to Washington D.C. as a young woman and met her husband Julian shortly thereafter.  They raised their two daughters, Shari and Trina, in Herndon, Virginia.  Ann made several trips back to Seattle keeping in touch with family, and a couple to the "old country" of Norway with her daughter Trina.  She was a devoted mother, spending boundless energy to ensure her daughter Shari had every resource to overcome her disability.  Ann herself became ill in 2001, and resided in assisted living facilities thereafter.  She persevered through hardship and maintained relationships precious to her.  Ann and Trina remained very close through the end of her life.  She was a beautiful, talented, determined, inspiring and loving example.  Ann was preceded in death by her parents, stepmother, two older brothers, and daughter Shari.  She will be dearly missed by her children, grandchildren, extended family and loyal friends.  May she rest in peace and never be forgotten.

Share Your Memory of
Sylvia
Upload Your Memory View All Memories
Be the first to upload a memory!