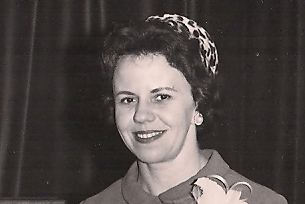 Dorothy ‘Sue’ White Keith of Alexandria, Virginia passed on September 29, 2019 at the Falcons Landing Retirement Community in Sterling, Virginia. She was 94.

Mrs. Keith is survived by her daughter, Deborah K. Todd of Sterling, Virginia and her son Isaac A. Keith IV of Winchester, Virginia. She had seven grandchildren.

Mrs. Keith attended public school in Richmond, Virginia and graduated from Thomas Jefferson High School. She attended the Westhampton College of the University of Richmond, previously known as the Richmond Professional Institute and graduated from the Richmond School of Music with a Bachelor’s Degree in Fine Arts, majoring in violin. She then attended the Westminster Choir College in Princeton, New Jersey, graduating with a Master of Music Degree, majoring in organ. Following school Mrs. Keith worked as an organist at St. Thomas Episcopal Church in Richmond, organist and associate choir director at First Baptist Church in Alexandria, Virginia, 1951-1963, and at Trinity United Methodist Church in Alexandria, Virginia, 1965- 1983. She was an active and founding member of the Alexandria Chapter of the American Guild of Organists and volunteered her musical gifts at many community events.

Interment will be on Friday, October 11 at 11:00am at the Forest Lawn Cemetery in Richmond, Virginia. In lieu of flowers, the family asks memorials be given to UNICEF, The American Red Cross, or The Westminster Choir College at Rider University in Princeton, New Jersey.