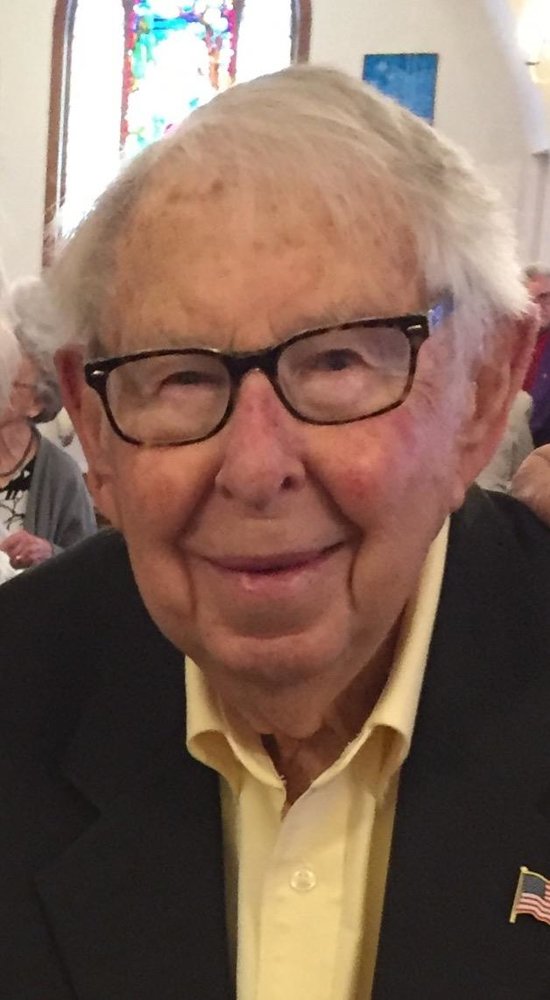 Holland “Gene” Cole, 94, of Great Falls, VA died October 7, 2019 with his family by his side. Mr. Cole was born on February 22, 1925 to Tollie V. and Carrie N. (Jetton) Cole. He is survived by his current wife Ellen Turner Jarvis, 97, of Great Falls, VA, his daughter Debra (Cole) Bocknek of Ashville, Ohio, his granddaughter Michelle (Cole) Years of Pensacola, FL, his grandson Theodore “Ike” Moore, Jr. of Ashville, Ohio and four great granddaughters Kirsten Marie, Hailey Brooke, Danielle Renee and Taylor Nichole Garcia of Stafford, VA. He was preceded in death by his first wife Ann (Chester) Cole, 56, and his son Terry Gene Cole, 55.

At the end of life all that matters is love and wonderful memories of our friend Gene. All of us have embraced many beautiful memories throughout our years. But there was something special about our friend from the flatlands of Kentucky. He was someone that gave us reasons to smile, laugh, taught us honesty and things we will never forget.

Gene was born in Murray, Kentucky, Calloway County. At the of age 2 his mother died, virtually leaving him and sister Margaret homeless. His father was without work and didn't want the responsibility of raising two young children by himself. He made a decision to seek work with Ford Motor Company in Michigan and abandoned Gene and Margaret to be raised by their grandparents.

He grew up on a farm and had full responsibility of milking three cows before walking a mile to a one room school each day. As a young lad he spent many hours working in the tobacco fields. One of his most unfavorable tobacco jobs was removing disgustingly red horned worms from leaves of the plants. At an early age, his grandparents taught him to do what you love and make sure your foundation of life is square and strong.

After retiring from his successful gutter and siding business, he made a pact to himself, that he was not going to spend his remaining years sitting in a rocking chair. To remain active he developed an eagerness for a multitude of things, that were totally foreign to him. Long before retiring, Ann his first wife and mother of his lovely daughter Deb, were avid fans of snowmobiling with friends in the beautiful landscapes of Michigan.

Gene was filled with a strong determination with keeping busy with his many hobbies, which was a secret ingredient for his long life. He and his second wife, Ellen, were both acquainted with farm life and planted huge gardens for many years. The adventure of growing vegetables that could be shared with their many friends, brought much pleasure to them.

Gardening wasn't a full time effort, so he decided to venture into other unknown hobbies. One of his many friends taught him the art of restoring old Victrola’s. Beyond a doubt, he became a master at rebuilding old broken Victrola’s and turning them into beautiful collectible machines. Another undertaking was a love in meticulously detailing cars. He loved playing golf, hunting wild turkeys in Kentucky and was a huge fan of the Washington Nationals and the Redskins. He also enjoyed watching March Madness Basketball, especially the Kentucky Wildcats. He was a student of the Bible, and would occasionally sing old-timey religious songs at church while his sister Margaret played the piano.

In his spare time he was an avid reader and would read anything that was of interest to him. Gene proudly served his country during WWll, and landed on Omaha Beach a few days after the Allied invasion in June of 1944. He was a POW for 12 months in Stalag Vll-A, Moosburg, Germany.

Perhaps that brightest star shining in heaven is our friend, letting us know that he is happy. We will miss you, Gene. Rest in peace.

*In lieu of flowers a contribution can be made to the Great Falls United Methodist Church Memorial Garden Fund.

Share Your Memory of
Gene
Upload Your Memory View All Memories
Be the first to upload a memory!