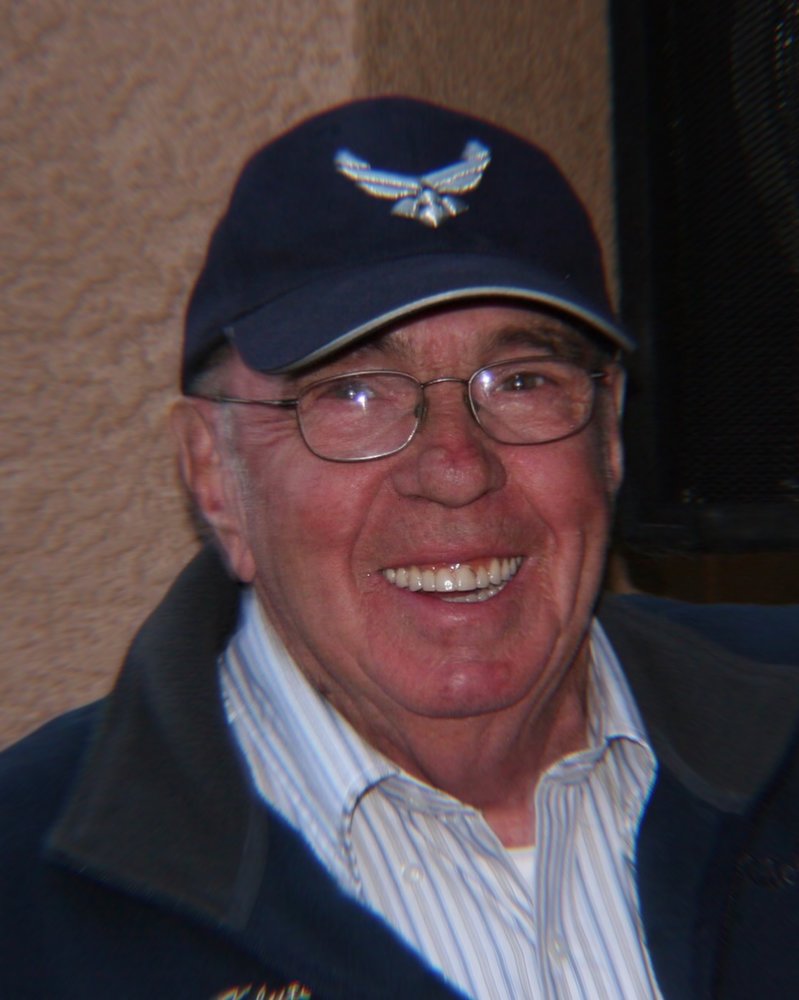 Inurnment to be held at a later date

Henri Gaston Cloutier, 88, passed peacefully from his home to the heavens surrounded by his revering family in the early morning hours of 10 Oct, 2019.

Known as Hank to personal friends and associates, Pops to his 5 children, Richard Cloutier, Michael Cloutier, Denise  Hallett, Donna Mullen and Lorraine Rose, and Pop Pop to his 12 grandchildren, 16 great-grandchildren and too many to count pseudo-adopted friends of the family. Hank has now gone to be with the love of his life and wife of 64 years, the equally revered Evelyn Cloutier.

Born in West Warwick, RI, Hank joined the US Air Force at a young age and served as a flight engineer on numerous aircraft.  His career brought him to all corners of the globe and he could regale you with stories of famous places and those of much lesser repute.  He survived a crash in a B-25 and as a result, incurred a prominent knot on his forehead that became a lifetime distinguishing feature.  Hank served his country with great honor and distinction and retired from active duty in 1970.

Following his retirement, Hank moved his family to Virginia whereupon he and the family became a staple of the early Sterling years and where he became integral to the Broad Run High School Booster Club and started a stint as a football referee.  He accepted a position as an airshow planner for what became Transpo ’72, an international trade show held at Dulles Airport and which was recorded as the world’s largest airshow and reported by Forbes magazine to be “the biggest show the government has put on since World War II.”  From there he accepted a position as Operations Officer at Dulles from which he retired in 1996.

In retirement, Hank became a recognized woodcarver, creating what are now magnificent and lasting family mementos. He was a member of the Northern Virginia Woodcarver’s Association and began his final journey in service to his country and fellow veterans through the Eagle Cane Project, crafting and coordinating presentation of hand-carved and highly personalized eagle head canes to our wounded warriors at the Walter Reed Medical Facility.  For his dedicated years of service to this final mission, Hank was recognized as the Air Warrior Courage Foundation Humanitarian of the Year recipient.

All achievements and accolades aside, to simply know the man was to have your own life greatly enriched.  Always ready with a helping hand to both friends and strangers alike, always presenting a welcoming demeanor, always ready for a family event or social gathering, frequently ready with an inappropriate joke and always a father of impeccable stature.  Of all his attributes, giving was his greatest acclaim.  His legacy is a credit to mankind and will rarely be rivaled.  You are in a better place now Pops and you will be always remembered as the icon you were in life.

In lieu of flowers the family request donations be made to The Travis Mills Foundation at travismillsfoundation.org in honor of  Henri Cloutier.

Share Your Memory of
Henri
Upload Your Memory View All Memories
Be the first to upload a memory!