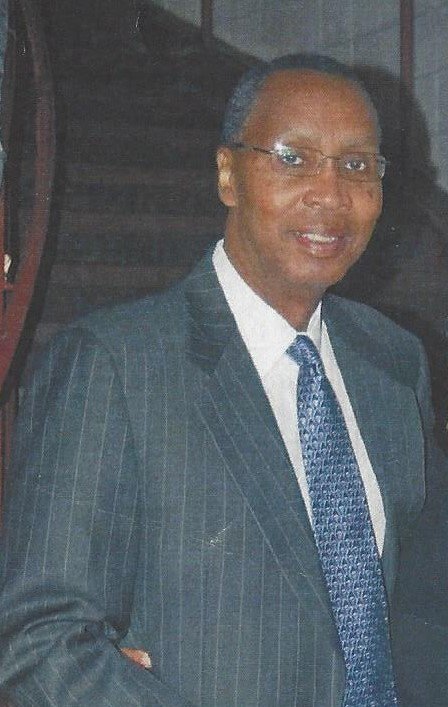 Willie Raymond Brown of Reston, Virginia (also affectionately known as Junior and Willie C by some) departed this life on Friday, November 1, 2019, after a long illness.  Willie was born to parents Mrs. Crandell Chestnut Brown and Mr. Willie Clay Brown on December 20, 1947 in Selma, Alabama.

Willie attended elementary, junior high and high school in Selma, Alabama and while in high school he enjoyed playing basketball.  After graduating from R. B. Hudson High School, Willie attended Tuskegee Institute in Tuskegee, Alabama and completed his degree in Mathematics at Cleveland State University in Cleveland, Ohio.  While attending Cleveland State University he met and married Evelyn Cassandra Simmons on July 3, 1970.  Upon graduating from Cleveland State University, Willie worked for General Motors and Ford Motor Credit in Cleveland, Ohio.  After two years of working for Ford Motor Credit, Willie became a trailing spouse and relocated to Atlanta, Georgia.  As a trailing spouse, Willie was later hired by AT&T as a Systems Programmer.  Because of his knowledge, skills and expertise he was quickly promoted to a higher-level position in AT&T, and relocated to Washington, D C in 1980 as a Sales Manager selling AT&T products and services to various entities of the Government.  In 1981, Willie and his family moved to Reston, Virginia.

While still working for AT&T, Willie continued to advance his education attending Johns Hopkins University in Baltimore, Maryland where he completed a certificate in Leadership Development and graduated with a master’s degree in International Business and International Finance.

In the meantime, while living in Reston, Virginia, he and his family began attending Martin Luther King, Jr. Christian Church and joined the church in 1982.  He was actively involved in the Men’s Ministry, Men’s Choir, and the Martin Luther King, Jr. Cultural Foundation.  Willie was ordained as a Deacon in 1985 and served as Head of the Deacon Board for many years.

Share Your Memory of
Willie
Upload Your Memory View All Memories
Be the first to upload a memory!