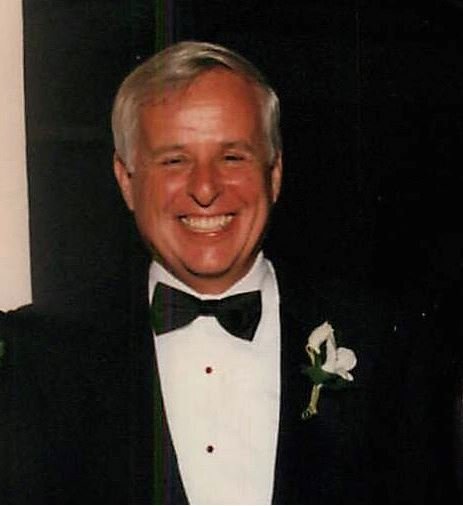 Richard James Smith died peacefully at his home in Leesburg, Va. on November 8, 2019, surrounded by his family and dear cat, Max.
Rick was born on January 1st, 1941, in Stamford, Ct. to
James T. and Emily Kettledon Smith.
He attended St. Basil’s Preparatory School and Fairfield University, graduating with a BS in physics.
After college he entered the US Air Force as a 2nd lieutenant and served as a missile launch officer for 4 years.
After his discharge, he worked for RCA in Moorestown, NJ as an electrical engineer, obtaining a Master’s degree in Electrical Engineering from The University of Pennsylvania. He also was an adjunct professor at Penn.
In 1981 he accepted a job at SAIC in McLean, Va. where he became a Corporate Vice President. He worked there until his retirement.
He is survived by his wife of 55 years, Anne Lee Wynne Smith. Together they traveled the world, enjoyed their family, their condo on Hutchinson Island, Fl. and had a wonderful life.
He is survived also by 2 sons, Richard James Smith jr. (Molly), Michael Matthew Smith (Joan), a daughter, Mary Anne Smith Gnatowski (Bruce), 6 granddaughters, Jeanne Smith Dunn (Joseph), Emma and Caroline Gnatowski, Sarah, Veronica, and Kelly Smith, 7 grandsons, Matthew, Timothy, Patrick, and William Smith and Michael, Stephen, and Charlie Smith, and 1 great granddaughter, Camryn Grace Dunn.
A Mass of Christian Burial will be celebrated on Friday, November 15, 2019 at 11 AM  at Our Lady of Hope Catholic Church. Internment will be private.
In lieu of flowers, please make a donation to Our Lady of Hope Catholic School 46633 State Rte 1582, Potomac Falls, VA 20165