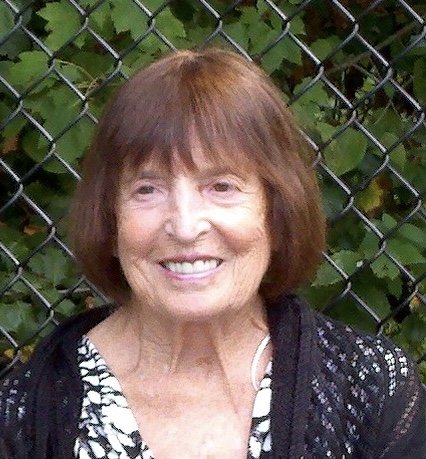 Angeline Calanni Hale, our loving mother and grandmother, died peacefully in her sleep on November 6, 2019 at the age of 89.

Angie had a beautiful life. The daughter of Carl and Nicolina Armeli Calanni, Angie was born in Jamestown, New York. Shortly after her marriage to Laurence S. Hale in 1950, she moved to Binghamton, New York, where she lived until 1977 when she moved to Reston, Virginia.

Angie was an accomplished woman who had many interests. She graduated from Jamestown High School and later went on to earn her Associate of Arts degree in Fine Arts at Northern Virginia Community College. She was a gifted artist who had a passion for painting and an eye for photography. She illustrated a textbook for the American College of Nurse Midwives, of which she was very proud. Angie was dedicated to capturing photos of the world around her, with her family often serving as her most inspiring subjects.

Angie committed herself to many activities in her community. A dedicated athlete, Angie skied, ice-skated and enjoyed yoga, kickboxing and Zumba. She not only gave swimming and tennis lessons, but competed in many local tournaments for these sports as well. Later in life, Angie’s passionate nature led to her earning a black belt in karate at the age of 70. Other pursuits saw her volunteering at the White House for Hilary Clinton, an experience she frequently recalled as highly enjoyable and meaningful. In addition to her daily duties, she assisted each year with the annual Easter Egg Roll and met both the president and first lady.

Angie was an avid traveler, spending many summers in Cape Cod. Her adventurous spirit took her to destinations throughout the United States and Europe; among her favorites was a trip to Italy she took with her sisters, where they were introduced to family they had never met before.

Nothing was more important to Angie than her family, who she loved very much. She is survived by her daughters, Lisa Borg (Roger) and Melissa Nolan (Chuck), and three grandchildren Erin, Kieri and John Borg. She is also survived by her sisters Carm D’Angelo and Mary D’Angelo, her brother Sebastian Calanni, and her beloved nieces and nephews.

The family would like to thank the staff at Somerford Place in Columbia, Maryland, for the loving care they gave Angeline for the past five and a half years.

A beautiful life has ended and we will miss her. We take comfort in knowing that she is in a better place.

Please join us in celebrating our mother, Angie Hale, on Monday, December 9 at the Adams-Green Funeral Home, 721 Elden Street, Herndon, VA.   The family will be receiving guests at 10 a.m. and the memorial service will begin at 11. A private graveside service will immediately follow.

Share Your Memory of
Angeline
Upload Your Memory View All Memories
Be the first to upload a memory!