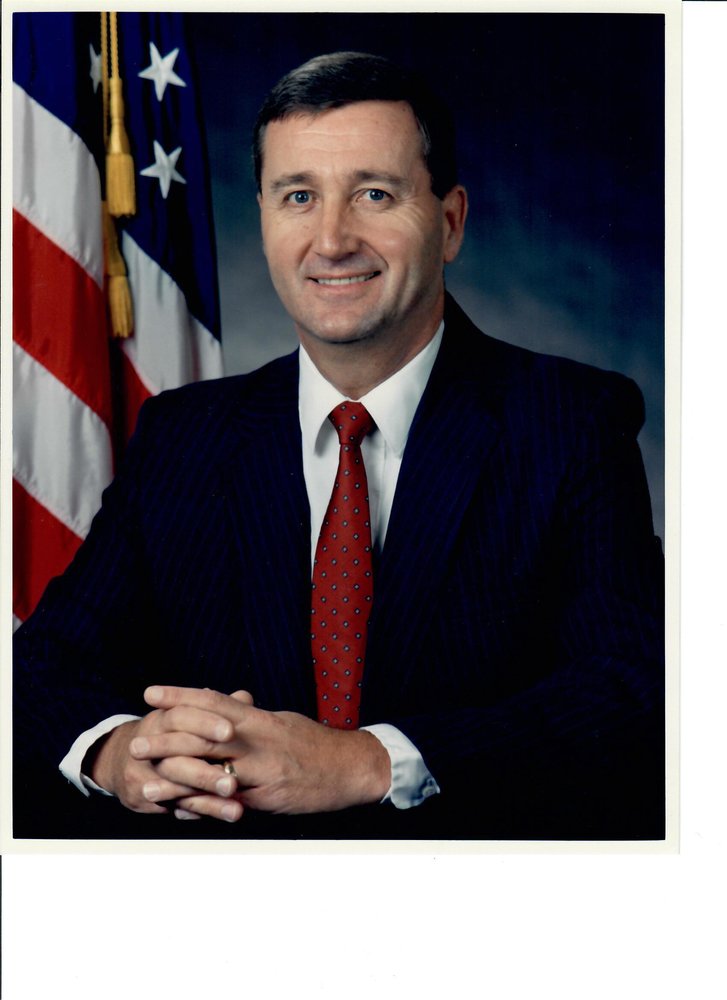 Services will be private.

It’s with great sadness that our family announces the passing of Don Hathaway, who died on Sunday, November 24, in Ashburn Virginia.  He was 83 years old.  Don was a loving husband, father, and grandfather.  He will be missed terribly.  Don’s burial will be held in a private family ceremony on Friday, November 29.  In lieu of flowers contributions can be made to the Prayer Quilts Mission of the Arcola United Methodist Church, located in Arcola, Virginia.  This mission is led by Don’s wife, Penny, and makes hand crafted quilts given to people in physical, emotional, or spiritual crisis.  Online donation information can be found at the following link:

Don was born in Galion, Ohio and graduated from Galion High School in 1954 where he was a three-sport letterman in football, basketball, and baseball.  He attended The Ohio State University completing both his Bachelor of Arts and Juris Doctor, graduating from law school in 1960.  His professional career commenced as a staff attorney at the Lawyers Title Insurance Company in Columbus, Ohio.  He also served in the U.S. Air Force Reserve and was called on active duty during the Berlin Wall Crisis.  Don returned to LTIC following active duty, which is where he met Penelope Hunt.   Don and Penelope were married in Columbus in 1963.

In 1963, Don began his civilian Federal career with a relatively new government organization called the National Aeronautics and Space Administration, known as NASA, at the Johnson Space Center in Houston, Texas.  At that time in Houston, NASA was still in the process of building the permanent space center facilities, so employees worked in leased buildings located in and around the city.  Don’s first assignment was to terminate and negotiate closures to all the leased NASA facilities, many of which were apartment complexes, bank structures, and other buildings which were converted to laboratories, engineering complexes, and office space.  He recalled finding unusual things in these leased facilities.  One storage area still had mountains of fine sand piled up for astronaut training; when the Moon’s surface was thought to be beach soft.  Another facility still had unoccupied monkey cages reflecting when NASA had contemplated sending animals into space as a precursor to manned flight.  Following the lease terminations, Don was appointed as a warranted Contracting Officer where he negotiated and managed space-related contracts for sophisticated and highly complex research and development projects.  He negotiated service and hardware contracts for astronaut training and worked directly with many of the Country’s original seven astronauts.  One of his projects was the combined jet and rockets system known as the Lunar Landing Training Vehicle (LLTV).  Neil Armstrong trained in this flight-rated device in preparation for his landing on the Moon.  The LLTV had the ability to fly to a specific altitude then be flown back to earth using the jet and rocket systems to simulate the Moon’s weaker gravity.  Don often commented that his time at NASA during the Apollo program was one of the best professional experiences that he could have had, and it became a strong incentive for him to base an entire professional career in public service.

Don returned to Ohio in 1969, to accept a position with the Small Business Administration (SBA) working at a major Department of Defense acquisition activity located in Columbus.  In 1973, he was promoted and relocated to Washington D.C.  While at SBA he was a member of the Federal Acquisition Executive Staff and authored many of the Federal Procurement Regulations that guide and control government acquisition today.  Don was promoted to the Federal Senior Executive Service and in 1981 moved to the Pentagon where he served as the Small Business Liaison Officer to the Department of Defense.

In 1985, Don’s career shifted as he accepted a position with the Department of the Navy as Deputy Director of the Navy’s small and disadvantaged business programs.  Within two years he was promoted to Director, reporting directly to the Under Secretary of the Navy and served on the Secretary of the Navy’s staff.  Each military department, Army, Navy and Air Force, employs a Director of Small and Disadvantage Business Utilization to make sure this important market segment is fully involved in Department of Defense contracting.  Don was the Navy’s director and he held this position until his retirement in 1999.  During his tenure the Navy achieved small business participation levels higher than at any point in the program’s history.  Don was often honored with onboard visits to various Navy surface and subsurface vessels, and he was always awestruck by the overwhelming military might exhibited on each vessel and the professionalism of their crews.

In recognition of his Department of the Navy achievements, Don’s awards were many including obtaining the rank of Meritorious Executive in the Senior Executive Service, which was conferred upon him by the President of the United States.  Upon his retirement, he received the Distinguished Civilian Service Award, which is the highest civilian departmental award achievable.

Following his retirement in 1999, Don and Penny moved to Culpeper, Virginia where he pursued his longtime interest in the American Civil War.  In 2014 they relocated to Loudoun County Virginia to be near family and grandchildren, where Don became known as Ppa and Papa by his five grandchildren.  He cherished time with his family, becoming an avid fan of youth soccer, volleyball, and competitive dance.  In 2016, Don fulfilled a life-long desire to visit the beaches of Normandy as he and Penny traveled to France visiting multiple locations along the Seine and Paris.  Don is survived by his wife of 56 years, Penelope Hathaway, his daughter Terri Hathaway of Loudoun County, VA, son David, also of Loudoun County, and five grandchildren, Addison, Ainsley, Jenna, Reese, and Lauren.

Don’s burial will be held in a private family ceremony on Friday, November 29.  In lieu of flowers contributions can be made to the Prayer Quilts Mission of the Arcola United Methodist Church, located in Arcola, Virginia.  This mission is led by Don’s wife, Penny, and makes hand crafted quilts given to people in physical, emotional, or spiritual crisis.  Online donation information can be found at the following link:

Share Your Memory of
Don
Upload Your Memory View All Memories
Be the first to upload a memory!