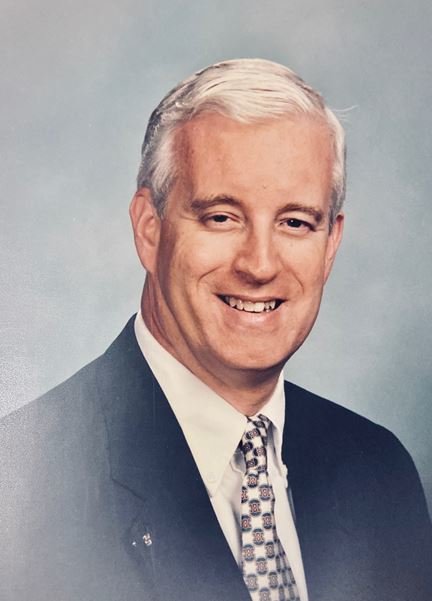 Michael Stull “Mike” Myers, 81, of Ashburn, Virginia, died December 2, 2019 surrounded by his family after a courageous battle with cancer.  He was a devoted Husband, Father, Grandfather and Father-in-Law.  Mike was preceded in death by his parents Mildred Margaret Stull Myers and Harold Stover Myers, Sr., and his brother Harold, Jr.  He is survived by his beloved wife of 59 years Linda; daughter Lisa Mason of Pittsboro, North Carolina; daughter Kami Myers of Ashburn; son Christopher Myers and his wife Elizabeth of Ashburn; and, daughter Amy Myers-Payne and her husband Sean of Leesburg, Virginia.  Mike also is survived by his six grandchildren Jared Mason, Caitlin Mason, Emma Myers, Mallory Myers-Payne, Colin Myers and Annie Myers-Payne along with his niece Terri Myers and Sister-in-Law Patricia Myers of Winter Park, Florida.

Born January 19, 1938 in Washington, DC at Garfield Memorial Hospital, Mike and his family lived in the Washington area for several years before moving to multiple locations due to his Father’s employment with the Federal Department of Housing, the precursor agency to the Department of Housing and Urban Development. In 1953, Mike moved to Altoona, PA with his Father and Brother following the death of his Mother.  It was there Mike met Linda Kay Nearhoof during high school, where they began their 65-year love story. Following his graduation from Altoona High School in 1956, Mike attended Pennsylvania State University and graduated with a degree in Marketing. He was a life-long Nittany Lions fan.

Upon graduation from Penn State in 1960, Mike married Linda over Labor Day weekend.  His boss at the time did not believe he needed more than a few hours to get married, so they had a very brief honeymoon in Winchester, Virginia.  Mike started his career with Lever Brothers before moving to Keebler Foods and finished his career as the Director of National Sales for Domino Sugar Corporation, a division of Tate & Lyle North America.  Always fascinated by sugar packets on a restaurant table, the family continues to check packets to this day to confirm they are the Domino brand.

Mike had a love for Habitat for Humanity and helped organize the local chapter in Harford County, Maryland where he served for many years as the Executive Director following his retirement from Domino in 2000 and was honored by an annual charity golf tournament in his name. Mike also served for several years as President of Habitat for Humanity, State of Maryland.

Share Your Memory of
Michael
Upload Your Memory View All Memories
Be the first to upload a memory!