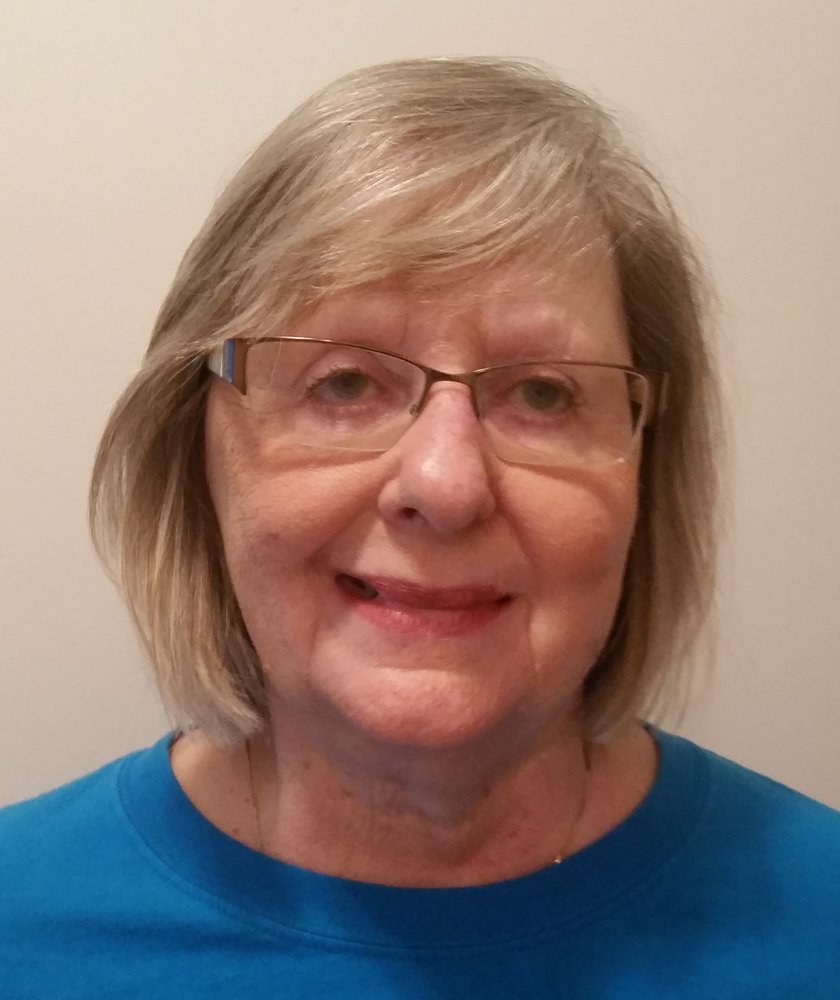 After a long battle with a failing heart, Salome quietly passed away at home on December 13, 2019 at age 78. Salome is survived by her husband Jerry, her three sons Dan, Bruce, and Andrew, daughter-in-law Susan, her sister Sue [Bartos] Farquhar, and six grandchildren: Joshua, Alex, Jacob, Nikos, John-Isaac, and Shaena.

Salome Eve Harasty (nee Bartos) was born in 1941 in East Chicago, Indiana to Emil and Helen Bartos.  Raised in Hessville, Indiana, she met her husband to-be, Jerry Harasty, while in high school. After she graduated from Indiana University, they wed in 1962 and lived in New York state and Ann Arbor, Michigan. They moved to northern Virginia in 1974, and retired to Florida (St Pete and Clearwater)  in 1995. After 22 years in Florida they returned to northern Virginia in 2017.

Salome was a life long and dedicated servant to her Catholic faith in many, many ways.  She was an active parishioner at St Thomas a Becket in Reston, VA, where she served on several committees and boards.  She completed a Masters of Religious Education from Catholic University of America in 1982, then served as the minister of religious education at St Lukes in McLean for several years, as well as other positions in the diocese.  She had a great passion for teaching Catholicism: to youth, serving as youth minister at St Thomas a Becket, and adults via the RCIA program. In Florida, she was founder and co-leader of the women's spiritual support group “Stone Circle”.

Salome had a penchant for literature and drama.  As a young woman she participated in various theatre productions, including playing “Jo” in “Little Women”.  In retirement, she cultivated her creative writing skills: she taught creative writing classes at Eckerd College, and even had two of her short stories published.

Salome was a strong, strong-minded, intelligent, and witty woman.  She handled hard times with grace, and good times with magnanimity.  She raised her sons with a sense of Catholic identity and spirit of service to others.  Salome was keenly aware of the importance of story and ritual in the formation of the bonds of family, church, and community.

Salome was buried on December 17  in a private family ceremony at the Cool Spring Natural Cemetery in Berryville, VA.

Should you wish to share your memories or pass along condolences, please do by adding them in the comment section of this page.

If you are inclined to send flowers, sending them to the memorial at St Thomas would be lovely.  Or, a donation to any of these would be a fitting remembrance for Salome:

Share Your Memory of
Salome
Upload Your Memory View All Memories
Be the first to upload a memory!