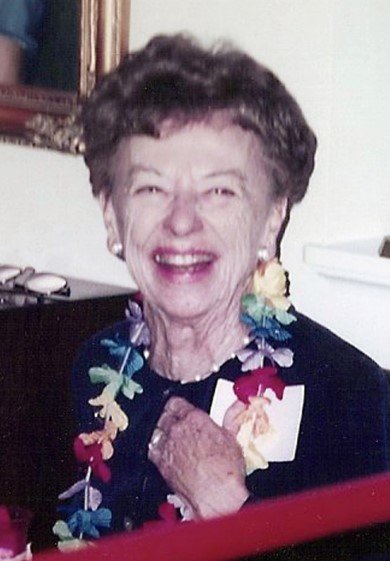 A graveside service will be held at noon on Sunday, January 12, at Chestnut Grove Cemetery, 831 Dranesville Road, Herndon, Va., followed by a celebration of life at the home of Jeff and Laura Cross, 12218 Quorn Lane, Reston, Va.

Connie was born in Chicago, Illinois, to Fred and Gladys Klaner on April 6, 1923. She was a graduate of Roycemore School and attended Bradford Junior College. Although she was just 5’2”, Connie was captain of her high school basketball team. She married Lt. James J. Cross Jr. in 1946 and was a career Navy wife and president of the JAG wives at Great Lakes Naval Center, Illinois. Connie belonged to the Junior League of Chicago and was a longtime volunteer with the Red Cross. A lifelong Episcopalian, she loved her cottage in Deltaville, Va., where she spent many years with family and friends. She enjoyed birding, sailing, golfing and playing bridge, and she was still playing bridge two weeks before her death.

Share Your Memory of
Constance
Upload Your Memory View All Memories
Be the first to upload a memory!