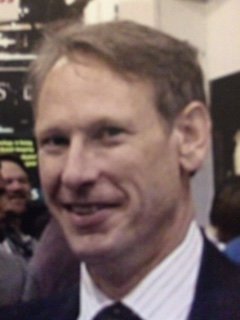 Laurence Howard Aronson(Larry) lover of people, audio-visual arts, food, trains and roller coasters passed away on January 12, 2020, from a rare form of kidney cancer.  He was 68 years old and a resident of Herndon, Virginia.  A celebration of his life will be held at Bungalow Lakehouse restaurant, located at 46116 Lake Center Plaza, Sterling, Virginia 20165, at 2:00pm on February 15.

Larry was born in Holyoke, Massachusettes, on January 24, 1951 to Olan Christina Lea Aronson and Lloyd Harry Aronson. Being a military brat, Larry lived all over the US and abroad, including Germany which he especially loved.  Larry graduated from Jeb Stuart High School in Fairfax County in 1969.  In 1975, he graduated with honors and distinction from James Madison College (now JMU) with a bachelor's degree in Communication Arts with a concentration in Radio/Television/Film. Larry held a number of jobs throughout his life, which included a position at Walter Reed Army Institute in the motion picture department.  While working there, he garnered two Golden Eagle Awards from CINE.  One was for editing and sound reording for the film Nobody's Immune (about AIDS), and the other was for sound recording on the film Poland's Syndrome.  From 1994-2019, Larry freelanced for Fairfax County Government Channel as a media tech working in the field and in the studio.  In 2003, he became a member of Air Force Television at the Pentagon where he retired in 2011.

A true gift of Larry's was the ability to meet people and connect with others.  He was genuinely interested in people and their stories.  He made friends wherever he went and maintained those friendships even from childhood.

Among his many passions was music of all kinds, but especially prog rock.  He was a huge fan of the group Happy the Man and the comedic group Firesign Theater.  Every week during football season, he faithfully watched the Washington Redskins, win or lose.  He enjoyed his Tesla, driving it across the country to visit friends and relatives,  boasting that he spent zero for fuel. He had many grand ideas, some of which did not come to fruition, but he never was afraid to venture out and try new experiences.

Larry is survived by his wife, Kathleen Aronson and his three children-Steven L. Aronson and his wife Lindsay, Lucas H. Aronson, Laura E. Bittle and her husband Troy.  Larry had three grandsons-Desmond, Levin, and Myles.

Memorial donations may be made to St. Jude's Children's Hospital, 501 St. Jude's Place, Memphis, TN 38105.Much thanks for the support of family and friends helping one another through this time. Gratitude is also extended to the Adler Center Capital Caring Hospice.

Share Your Memory of
Laurence
Upload Your Memory View All Memories
Be the first to upload a memory!