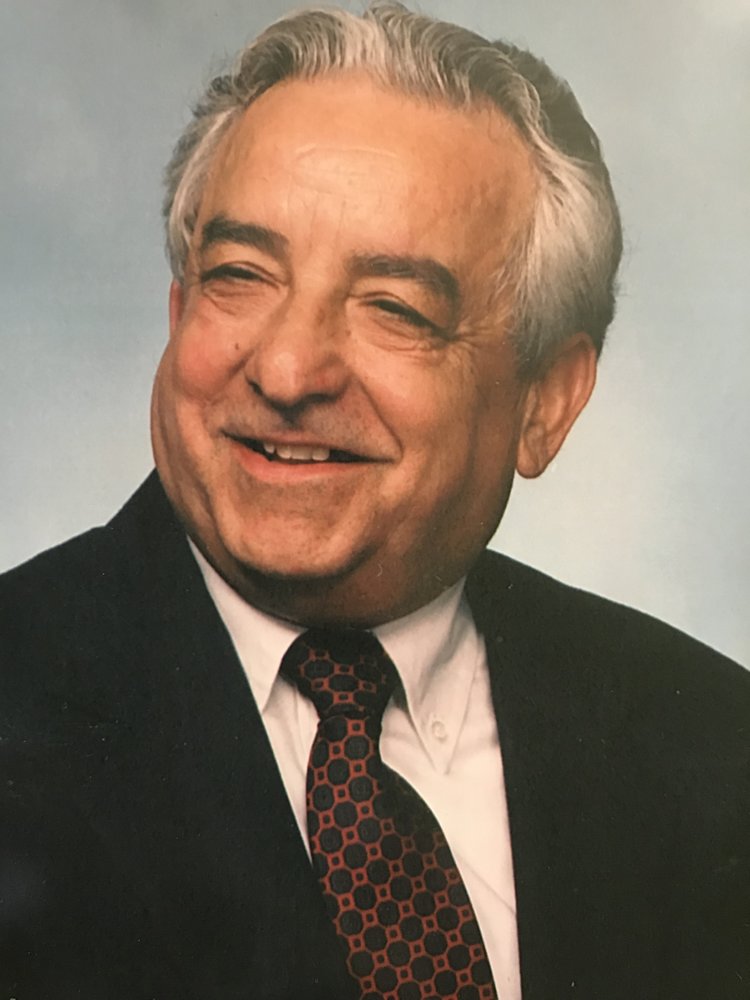 10:00 am
Fairfax Memorial Park
9900 Braddock Rd
Fairfax, Virginia, United States
Please meet at the cemetery office inside the cemetery prior to 10:00 a.m.

Louis George Sportelli passed away on January 25, 2020 surrounded by his family.  He was born on March 23, 1927 in Bridgeport, Connecticut to the late John and Jean Sportelli.

Lou served in the US Army during 1946-47. He graduated from Rensselaer Polytechnic Institute with a BS degree in Mechanical Engineering. After graduation he worked for American LaFrance and Bendix Corporation, both in Elmira, NY.  Lou joined IBM in 1957 as a design engineer and spent the rest of his career there.  He held a variety of roles in the company. One that he particularly enjoyed was that of Operations Manager at IBM Huntsville, Alabama for the NASA Apollo and Skylab systems. He spent 18 years as a senior-level executive for IBM in quality, manufacturing, and operations until his retirement in 1988.

He is survived by his wife Theresa; his children, Donna Sauey (Jason), Mark (Donna), and Cindy; his grandchildren, Garrett and Austin Sauey, and Vittoria and Angelina Sportelli; his brother Rocky; and numerous nieces and nephews.

Lou was a smart, kind, easy-going, fun-loving, successful man who adored spending time with his family.  He loved the NY Yankees, playing card games, and eating any type of sweets!  He touched many lives and will be sorely missed.

Map and directions available by selecting the Service Information tab.

Share Your Memory of
Louis
Upload Your Memory View All Memories
Be the first to upload a memory!