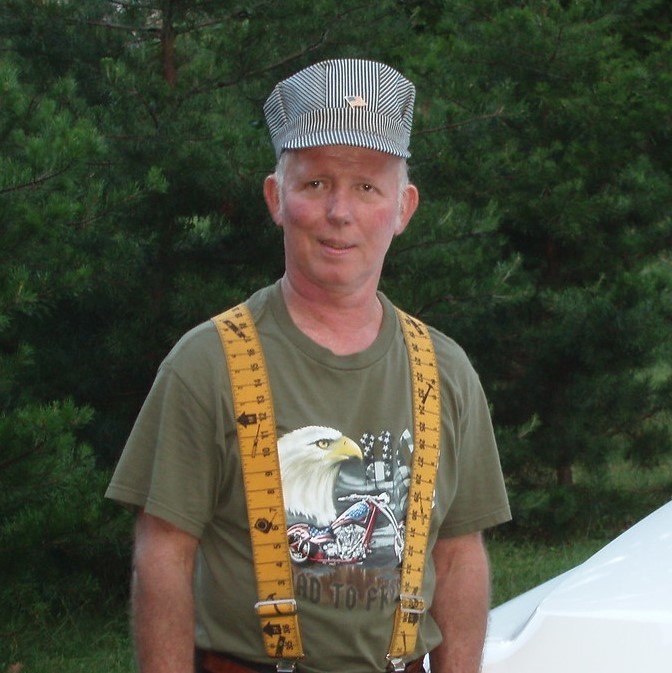 Gene was born September 1947, the son of the late Mary Thompson. He is predeceased by his wife Karen Stevenson, his ex-wife Martha Chippiwalt and their child who passed at birth.

Gene was diagnosed at 18 years old with Retinitis Pigmentosa, a degenerative eye disease that slowly took his sight.  He spent his career as a roofer, and his early retirement building decks, bucking trees, splitting and selling firewood.  Later in his retirement with his late wife Karen, he became very active in the classic and modified car community.  Gene built a handful of hot rods over the years, culminating with his dream of building a high-end rear engine truck, which is still under construction.

Handicapped status never limited Gene and his abilities.  Even as his eyesight failed him, he overcame and exceeded common expectations for someone with his condition.  Learning to play the guitar, playing in bluegrass bands, climbing trees, working on cars in his beloved shop, and living life on his terms and without assistance for tasks those with sight take for granted.  Gene even enjoyed skydiving, jumping 19 times out of perfectly good airplanes over the years and he loved each and every jump.

Gene loved his family and friends.  He is survived by so many folks who were influenced by his positivity and “never give up” attitude.

In lieu of flowers, Gene’s family asks that donations be made in his honor to the charity or organization of your choice.