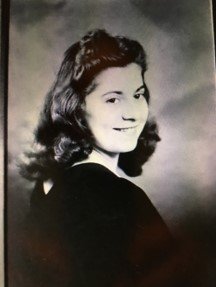 Interment to be held at a later date

Concetta “Connie” Dominica (D’Orazio) Philion passed away February 12, 2020, at the age of 96 at the Maple Grove Continuing Care Facility at Ashby Ponds in Ashburn, Virginia.

Her husband, Norman J. Philion Jr. predeceased her in 1985. She is survived by her three sons Norman, John, and Tom Philion, and her daughter Christine Philion-Dufour, of all of whom she was very proud, together with six grandchildren and three great grandchildren. She is also survived by her brothers Silvio and Robert D’Orazio.

Connie was born in Burlington, Vermont, in 1923. Her parents, Victor D’Orazio and Marianna Meunière, combined two great old-world cultures to produce an amazing set of offspring. After graduating from Cathedral High School in Burlington, she was drawn to the Washington area in 1941 at the young age of 18 and worked at the newly-completed Pentagon supporting the war effort. In 1944 she married her high school sweetheart who, at the time, was serving with the Navy in the Pacific theater. After the war and because of her husband’s career in the airline industry, the family moved frequently, and Connie put all her efforts into creating a loving home in each new town to which her husband was assigned. The family moved to Alexandria, Virginia, in 1956, and it was then that the family ceased to be peripatetic, putting down roots in this area that continued for her until her death. Connie gave much time to volunteer work at St. Catherine of Siena Catholic Church in Great Falls, Virginia, where she worked in the accounting office. For the past six years, she has been a member of St. Theresa Catholic Church in Ashburn, Virginia. All who knew her always recognized where she stood on the issue at hand. She was a talented craftsperson and loved sewing, knitting, and crocheting, in the products of which her family and friends took much delight. Connie enjoyed playing bridge and rooting for the Redskins, and was, in the estimation of her family, an excellent cook and not too bad at jigsaw puzzles either. The family would like to thank all the caring staff at Maple Grove at Ashby Ponds for making her final days peaceful.

The family will receive friends at the Adams-Green Funeral home, 721 Elden Street, Herndon, Virginia 20170 from 4:00 pm to 6:00pm, on Friday, February 21, 2020. A Funeral Mass will take place Saturday, February 22, 2020, at 11:00 am at St. Theresa Catholic Church in Ashburn, Virginia. Interment next to her husband at Arlington National Cemetery will be scheduled later.

In lieu of flowers, memorial donations may be made in her name to SOME (So Others Might Eat), 71 O Street, NW, Washington, DC 20001 or to the Divine Mercy Food Programs at St. Theresa Catholic Church, 21371 St. Theresa Lane, Ashburn, Virginia 20147.

Share Your Memory of
Concetta
Upload Your Memory View All Memories
Be the first to upload a memory!