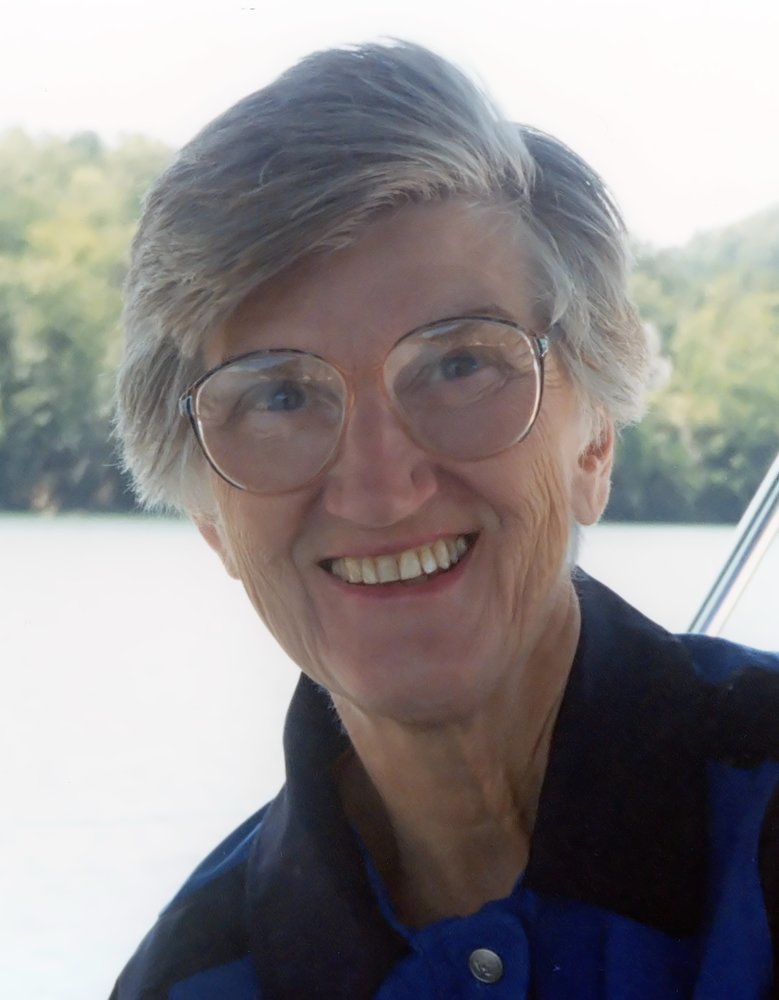 Jan was born in a suburb of Chicago in 1931 and moved to Knoxville, TN with her parents, James Edward Skidmore and Virginia Armstrong Skidmore, in 1953 after graduating from the University of Minnesota with a humanities major. She and Bob were both from Chicago but got married in Knoxville in 1954 and decided to make their home in the South.  Jan always considered Knoxville home even when Bob’s job took them to Birmingham, AL and Cleveland, OH.

Jan was admitted to the Knoxville Junior League in 1957, starting a lifetime commitment to community service. One of her favorite early projects was Arts to the Schools.  Administration was a passion for her, and she began to chair committees.  One of her early committee chair assignments was to the Planning Council for the United Way which led to Goodwill Industries coming to Knoxville.  She held various leadership positions with the League and served as president during the League’s 50th anniversary year.

Jan also served for many years on the board for the Knox Children’s Foundation.  She said it was the only board she ever served on that did no fund raising- they just gave money away.

She was active in Pi Beta Phi Fraternity alumnae clubs everywhere she lived.  She held multiple board positions over the years, but her final role as secretary led to the decision to move from Cleveland, OH to Gatlinburg, TN where she managed the Arrowcraft Shop.

Upon returning to Knoxville in 1987, Jan was offered the opportunity to help a friend with the Dropout Task Force, which was a group of school, business, and community leaders who were asked to address the high attrition rate for students in Knox County Schools.  After five years, the program was picked up by the school system. She also served on the board of her condominium association for about 9 years.

Jan had some health challenges over the years, but always fought to overcome any obstacles.  After a debilitating stroke in 1992, she worked so hard to overcome the effects of the stroke that most people would never have known she had one.  Her neurologist used to have Jan come in and address stroke victims to give them encouragement for what was possible.

In 2002, Jan made the decision to move in with her daughter Elizabeth’s family in Reston, VA.  In this “retirement” phase of her life, she focused on exercise, reading, and spending time with her family and grandchildren.  She leaves behind a legacy of laughter, curiosity, faith, and service.  Jan will be remembered at a service in Knoxville, TN this summer.