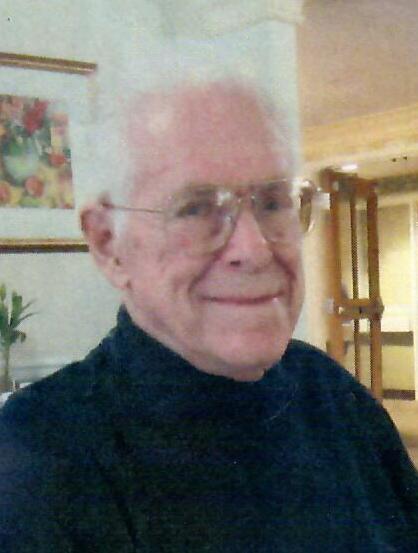 Dick passed away peacefully at home on February 19 after a long illness complicated by Parkinsons.   He had retired from USAID in 1989 with the Senior Foreign Service rank of Minister Counselor.   During his USAID career of 29 years he served in Turkey, Nepal, India, Bangladesh, Tanzania and was Mission Director in Zaire and Uganda.   After retirement Dick and his wife Betty lived four months in Prague teaching English to Czech military officers.

Dick was born July 10, 1928 in Chicago.   He received his BS, MA and PhD from the University of Iowa.   In 1950 he was drafted in to the Army and served in Korea during the war.   In January 1961 Dick's first assignment with USAID took him to Ankara, Turkey where he met his future wife, Betty, who was also employed by AID.   They were married in Ankara in 1962 and their two children were born there.   He is survived by his wife of 57++ years, daughter Beth in El Paso and son Edward, wife Claudia and grandchildren Emma and Eric in Scottsdale.

Dick and Betty both had a love of travel.   They were most fortunate to have visited all 50 States, almost 130 countries and the seven continents   From climbing Machu Picchu to tracking gorillas in central Africa -- they did it all, like Bogie and Bacall.  And yes Dick still had places on his "bucket list" that he wanted to visit.

Dick was a life long Die-Hard Cubs fan and in 2016 he and Betty watched all three World Series games in Wrigley Field.   He coached Little League wherever he lived and took two of his teams to their European World Series.  After retirement he delighted in playing softball with the NVSS for 13 years.

We want to give special thanks to the doctors at Kaiser, our great friends and neighbors who have been so much help at this time, and to Dick's two aides, Edem and Dennis.

In lieu of flowers, do something nice today for someone you love, go watch a baseball game, buy a kid a baseball glove or a world globe--Dick's two great loves.

Dick was cremated and will be interred at Arlington National Cemetery at a later date.