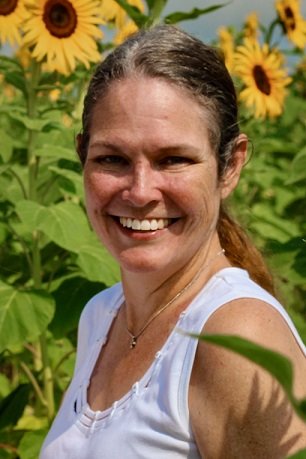 Teresa McVicar Huettner was born on May 6, 1970 in Honolulu, Hawaii. She died on February 24, 2020 in her home in Oak Hill, Virginia after a valiant battle with cancer. She was 49 years old at the time of her death.

Teresa grew up in an Air Force family moving from Dover, Delaware to San Antonio, Texas at the age of 5 where she lived until she graduated from college in 1992. She spent a great deal of time as a child around horses where she would frequently be found playing with the ponies and barn cats at a stable managed by her mother. She grew into an accomplished equestrian and maintained a lifelong love of horses.

Teresa graduated from Samuel Clemens High School in Shertz, Texas in 1988 and went on to the University of Incarnate Word in San Antonio graduating in 1992. Shortly thereafter she moved to Virginia to pursue a career in advertising where she progressed to the level of Director in her most recent position.

Teresa met Steve, her future husband, in 1993 and they were married in 1995. Her family and children Will and Caroline were the focus of her life. Her greatest joy in life was cheering from the sidelines for her son’s marching band and her daughter’s softball team. She was a tireless volunteer at band concerts and events, as the team mom and scorekeeper, doing whatever she could to support her kids, their teammates, and coaches. Teresa was her kids’ biggest cheerleader.

The family requests in lieu of flowers that donations be made to the Colorectal Cancer Alliance at the following link:

Share Your Memory of
Teresa
Upload Your Memory View All Memories
Be the first to upload a memory!