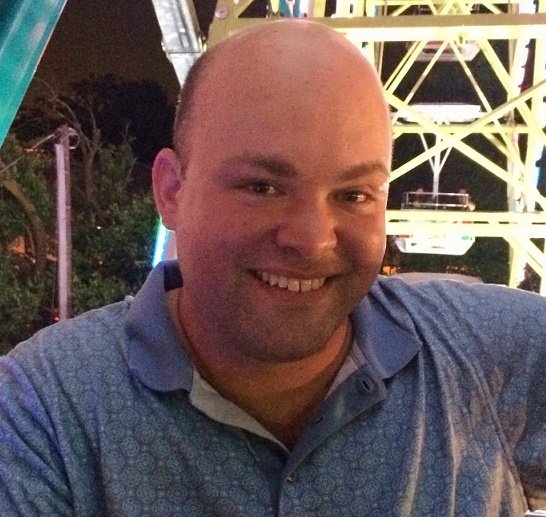 Due to the events involving the CoronaVirus, the funeral services scheduled for Monday, March 16, 2020 at 11:00 AM at Sleepy Hollow Methodist Church has been postponed at this time. The family has requested Graveside Services at Chestnut Grove Cemetery in Herndon to be held at 12:00 PM on Monday, March 16.

Stephen Charles Dallara, age 40, passed away on Monday, March 9, 2020 doing something he loved, riding his motorcycle on a beautiful day. He was much loved and will be greatly missed by his fiancé Kate Callahan and his daughter Vanessa.  He will also be greatly mourned by his father, Charles Dallara (Peixin), his mother, Carolyn Dallara (Carlos Mandujano), his sister Emily Dallara, his stepbrother, Bryan Tudor, his niece and nephew, Alya and Oumar Koume, and by many other relatives and friends.

Stephen was a successful businessman who founded and built Eco-Pros, a landscaping firm in Northern Virginia. He loved spending time with his family, especially cooking out and teaching his daughter the finer points of basketball, and when he loved something his love was infectious. Stephen also bred Cane Corsos, was an outstanding cook and greatly enjoyed the outdoors.  He was a race fan, and had his own dragster. He was a big guy who brought joy to all around him.  Stephen will leave a very big hole in the lives and hearts of many people.

Share Your Memory of
Stephen
Upload Your Memory View All Memories
Be the first to upload a memory!