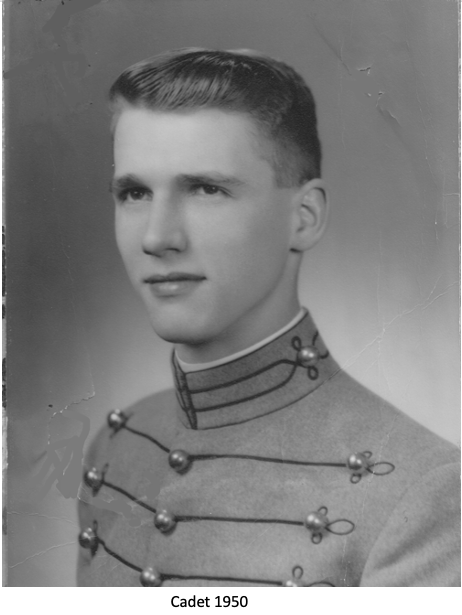 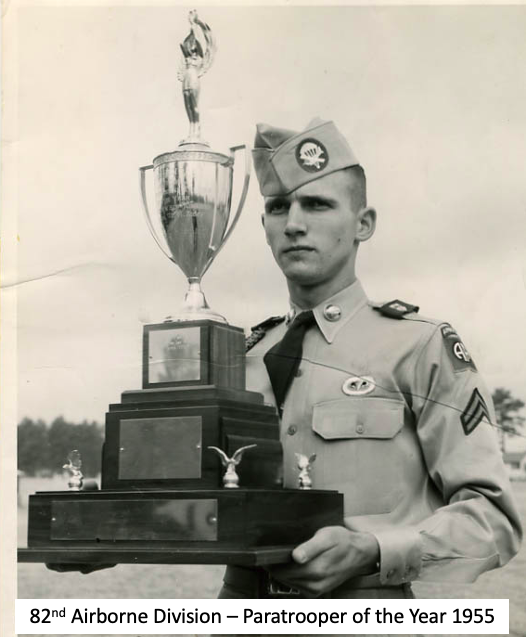 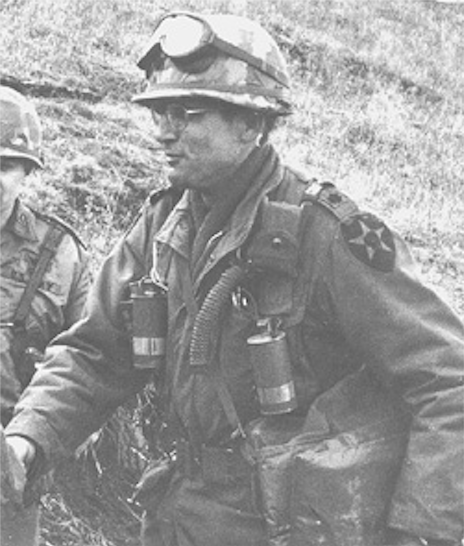 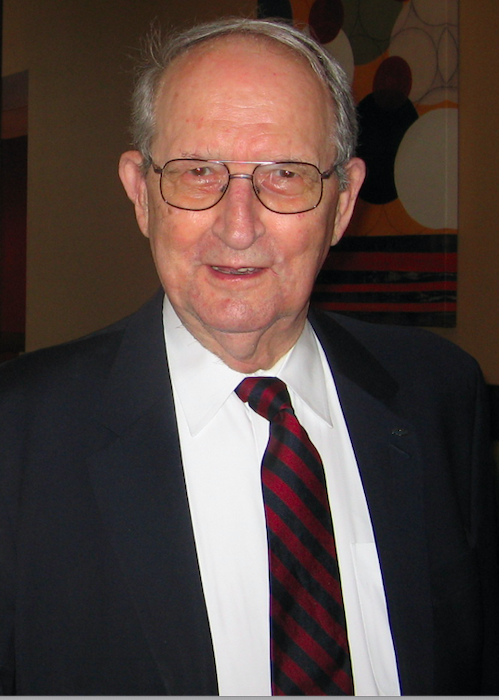 Clif was born on May 11, 1931 in Neponset, Illinois, the first child of Fred and Dorothy Berry. The family grew to include sister Barbara (deceased) and brother Alan. They moved to LaSalle, Illinois in 1938. Upon graduation from high school in 1948, Clif enlisted in the U.S. Air Force. He served on the Berlin Airlift in an Aircraft Control and Warning Group until joining the USMA Preparatory School at Stewart AFB in January 1950.

Clif entered West Point with the Class of 1954 in Company A-1. He found the competition in all aspects of cadet life to be both challenging and motivating. He soon realized that the officers and staffs of the academic, athletics, and tactical departments were mentors and worthy examples, as well as teachers. He and his classmates learned to find elements of humor in the toughest and most challenging situations. That insight served them well as cadets and throughout life.

He enjoyed most academic subjects, especially learning Russian. In the spring of 1953 during an exchange week at the Naval Academy, Clif performed reconnaissance for a Class of 1954 exploit: bringing Navy's goat mascot Billy XII to West Point before the Army‑Navy football game.

By the time Billy XII visited West Point Clif was a former cadet, having resigned in August 1953. Civilian life bored him. He volunteered for the draft in March 1954. During basic training he reenlisted in the Regular Army, requesting duty with the 82nd Airborne Division. That happened. He joined the 325th Airborne Infantry Regiment and soon completed the 82nd’s jump school.

Becoming a paratrooper in the 82nd Airborne reinforced Clif’s lifelong fascination with aviation. The experience also enriched his understanding of U.S. military history and of leadership and comradeship at all levels. His leaders in the 82nd Airborne encouraged him to seek a commission. He competed and on July 2, 1955, received a direct Regular Army commission. Lt. Gen. James M. Gavin attached his second lieutenant bars. He transferred to the 505th Airborne Infantry Regiment and remained in the 82nd for two more years.

Clif served in the 7th Infantry Division in South Korea in 1957-58, where he became a company commander in the 1st Battle Group, 32nd Infantry at Camp Hovey. On return to the USA, he and Irene Semcho were married on November 1958 and he joined the 3d U.S. Infantry (The Old Guard) at Fort Myer, VA. Their union and their love remained strong for the rest of their lives. They were blessed with the births of two sons; Jeffrey in 1959 and Thomas in 1960. While in the Old Guard, Clif earned a Bachelor’s in Mathematics at George Washington University.  He commanded Honor Guard Company before departing in mid-1961 for Fort Knox and the Armor advanced course.

Fort Benning followed, with Clif assigned to the Airborne Department at the Infantry School (1962-64). He was one of a board of officers developing innovations for airborne forces. Clif started writing articles for military magazines while there. After graduation from the Army Command & Staff College (1965), Clif earned a Master's in Communications at Stanford University (1965-67). Then he saw combat in Vietnam as the S-3 of the 196th Light Infantry Brigade (1967-68).

Back in the USA, Clif served on the staff of the President’s Commission on Violence (1968-69) and at the Office of Assistant Secretary of Defense Public Affairs (1969‑1970). He continued writing feature articles.

The next overseas tour took the family to US Southern Command in the Panama Canal Zone, where Clif served in the J-5 section (1970-73). The assignment was enhanced by duty and personal visits to most of the Central and South American countries.

Clif returned to Camp Hovey, South Korea in May 1973 as commander of the 1st Bn, 9th Infantry (Manchu). The "Manchus" were tasked with advanced training missions, and spent much time out in the hills, day and night in all seasons.

The family returned to Northern Virginia in mid-1974, where Clif was a conventional weapons advisor with the Arms Control and Disarmament Agency. He retired from active duty in April 1975 to join Ben Schemmer as co-editor of Armed Forces Journal magazine. The business was near bankruptcy when Ben purchased it a year earlier. Ben and Clif worked together with a very small staff to reduce expenses, increase revenues, and return it to profitability.

The three-plus years at Armed Forces Journal enabled Clif to learn the basics of the publishing business and to expand the scope and frequency of his writing. For the next 15 years he performed the role of editor in chief at Air Force Magazine, followed by chief U.S. editor of Interavia Publications, editor of Air Power History Magazine, and of National Defense Magazine.

Clif found variety in his post‑Army career. He connected with Summit Aviation of Middletown, Delaware in 1979. He served Summit for 29 years as project officer and member of the Board of Directors. He qualified as a private pilot in 1981, with both land and seaplane ratings, and flew for business and pleasure through 2005.

He established FCB Associates in 1986. He and his teammates assisted clients such as corporations, associations, and others in conveying and customizing their messages to appropriate audiences. His activities in the book world included roles as author or co-author of 11 books, and editor, literary agent, and packager of 14 more. He wrote five titles in Bantam's illustrated series on the Vietnam War, beginning in 1987. Examples of other titles in his author list include Inventing the Future (1993) and Milestones of the First Century of Flight (2003). He especially enjoyed collaborating with the 1954 class committee to produce '54-40…and Still in the Fight as their 40th yearbook in 1994.

From 2007 onward, Clif's firm participated with the American Battle Monuments Commission (ABMC) in its awareness and outreach programs. The products included illustrated visitor brochures for 38 overseas cemeteries and monuments operated and maintained by ABMC. Co-lateral content was also developed for use on the ABMC website, https://www.abmc.gov/multimedia.

Clif and Irene enjoyed their travel experiences during service and afterward. Together they visited more than 40 countries by land, sea, and air. They always savored life together, wherever and whenever they might be.

Clif is survived by his wife of 61 years and son Thomas, brother Alan and family, and a host of beloved cousins, nieces and nephews. Clif’s love, honesty, patience, humor, work ethic and perseverance are all part of his legacy we honor forever as a gift in our lives and to all who knew him.

Funeral services in memory of Clif are being planned at Arlington National Cemetery and further information will be updated when scheduled.

Donations in memory of Clif can be made to the American Macular Degeneration Foundation at https://www.macular.org/how-donate.

Share Your Memory of
Fred
Upload Your Memory View All Memories
Be the first to upload a memory!