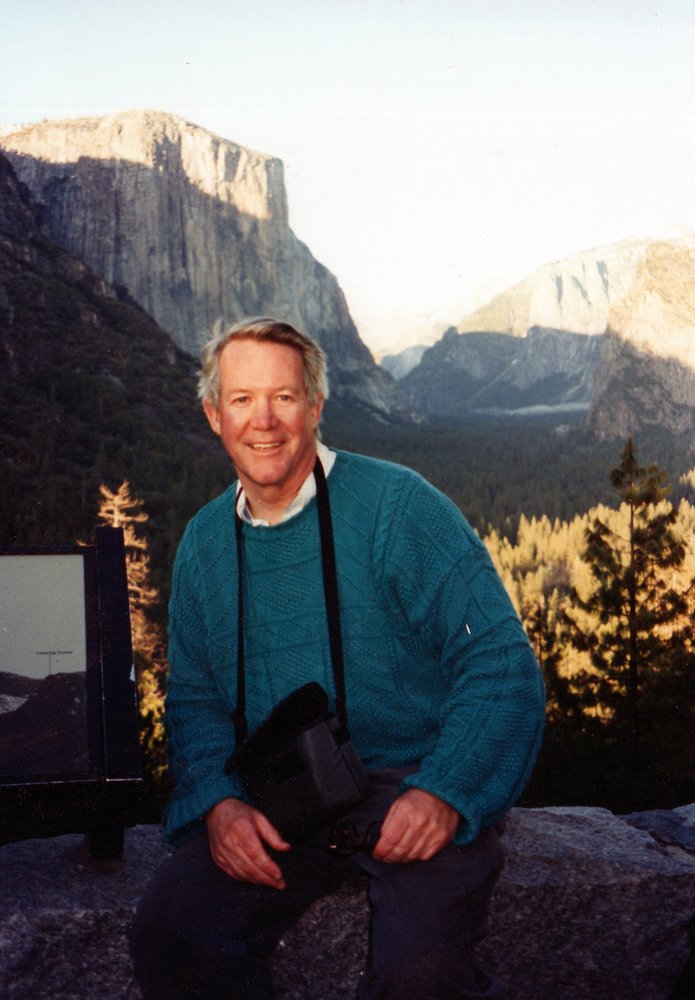 As an internist in private practice he was known for extraordinary diagnostic skills, a kind and thoughtful manner, and tireless devotion to his patients. Dr. Connally cared for many prominent figures in Washington, including Supreme Court Justices and numerous members of Congress. When Justice William O. Douglas suffered a stroke in the Bahamas in 1974, President Ford sent Dr. Connally by jet to attend to the Justice and bring him home. After retiring from private practice, Dr. Connally was a volunteer at the Arlington Free Clinic, where he served as Medical Director from 2005-2010. He continued to see patients and review charts at the Free Clinic until 2018.

Born in 1936 in Norfolk, Virginia, Tom Connally graduated from Maury High School and earned his BA and MD at the University of Virginia. As an undergraduate he was Student Council President, President of Zeta Psi Fraternity, and a member of numerous honorary and social groups, including The Raven Society, the IMP Society, and the Eli Banana Ribbon Society.

Dr. Connally served in the U.S. Public Health Service at the National Institutes of Health in the mid ‘60s. He then completed his medical residency at the University of Virginia Hospital, serving as Chief Resident in his final year.

Named the American Society of Internal Medicine’s Young Internist of the Year for 1975-76, Dr. Connally served on ASIM's Board of Trustees from 1978-1984. He also served a term as Chief of Medicine at Sibley Memorial Hospital and on the clinical faculty at the Georgetown University Medical School. In 2001, his book The Third Third, a manual on healthy living in later life, was published.

Devoted to the University of Virginia, Dr. Connally was appointed by Virginia Governors Gerald L. Baliles and L. Douglas Wilder to two terms on the UVA Board of Visitors. Grateful patients endowed a professorship at the UVA Medical School in his honor, The N. Thomas Connally Professorship in Clinical Excellence. Following the organization’s tradition, Dr. Connally’s membership in UVA's secret Seven Society was revealed upon his death.

Active in Democratic politics, Dr. Connally was a precinct captain in Arlington, and a delegate to the 2004 Democratic National Convention.

Dr. Connally also served on the Board of Directors of CareFirst Blue Cross Blue Shield, and he taught courses in medicine and health care policy to area seniors through Arlington’s Encore Learning.

In 2010, he and Mrs. Connally, a community leader and former member of the Virginia House of Delegates, shared the James B. Hunter Human Rights Award, given to those in the Arlington community that promote human rights.

In lieu of flowers, please consider a donation to the Arlington Free Clinic in Dr. Connally's memory. https://www.arlingtonfreeclinic.org/get-involved/donate/

A memorial service will be arranged and announced when it is safe for friends and family to gather.

Share Your Memory of
Nathaniel
Upload Your Memory View All Memories
Be the first to upload a memory!