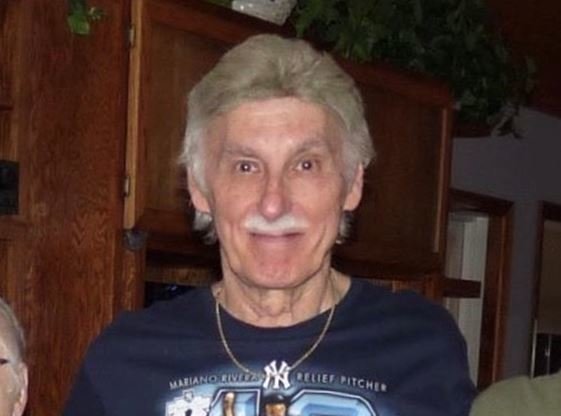 A recording of Fred's graveside service will be available for 90 days.

Fred was a hardworking, intelligent, sweet, honest, and in a word, innocent person.  Fred was an avid New York Yankee Fan for in excess of 75 years.  It is doubtful that the N.Y. Yankees ever had a bigger Fan.  He collected N.Y. Yankee Memorabilia for many years and had an extensive historical collection of NYY Players and Championships. It can be said, if any person had a conversation with Fred for more than three minutes, it would without exception revert to the N.Y. Yankees.

Fred, in addition, loved Judy Garland, Frank Sinatra, and numerous other Performing Artists of the 1940-1980’s.  He and his wife of 53 years, Glorya, would attend Concert Performances of Artists and somehow obtain a post-concert pass to visit the respective Artist after the show.  Fred had a large Vinyl Record and CD Collection of all his beloved Artists.

Fred was born and raised in Massapequa, NY.  He attended Massapequa Public Schools (K-8). He Graduated from Amityville, NY High School because Massapequa, NY had no High School at the time.  Fred proudly served six years in the US Army at a Nike Missile Base on Long Island with an Honorable Discharge.  He worked at Jungerman Trucking Company for 38 years as the Officer Manager, and became an expert in Logistics.

Fred married Glorya Muscarella in 1963. They were married for 53 years.  Fred is survived by his sister Teresa Mann (Zilm), daughter, Carolyn Mann- Mullen and his son Kevin Mann.  Fred has six Grandchildren; Douglas, Taylor, Kaylee Mann, and Kate, James, Scott Mullen. Fred was always close to his sister, Helen and Brother-in-Law, Vince Dineen and their children who referred to him with much love as: “Unkee” (Vince, JR., Karen, Lisa, Philip).

A private catholic memorial service is scheduled for Thursday April 9, 2020.

The family would like to thank Capital Caring and Hospice for their efforts, care, and dedication.

Share Your Memory of
Fred J
Upload Your Memory View All Memories
Be the first to upload a memory!