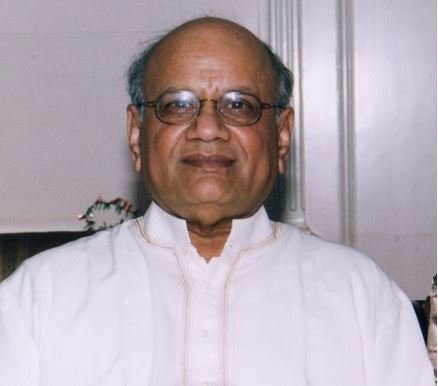 You can view a live webcast of the service by pressing this link:

WHEN THE SERVICE IS OVER IT WILL BE AVAILABLE FOR VIEWING IN ITS ENTIRETY FOR 90 DAYS.

Subhash was a doting grandfather to his three grandchildren, who knew him as “Appa,” meaning “father.” He also leaves behind many cousins, nephews, nieces,

friends, and acquaintances around the world, whose lives he has forever touched and enriched.

Subhash’s life story is a legend that will be passed down for generations. He was born to Sitaram Vishnu Lele and Leela Sitaram Lele in Karachi, India, prior to its partition to Pakistan. Subhash would often share stories of his childhood: traveling long distances by foot to attend school, frequently relocating to follow his father’s career as a civil engineer, and developing a love for photography that was cultivated by his own grandfather.

Subhash’s journey to America marked the next big chapter in his life. He would often recount applying for an American work visa on a whim while accompanying a college friend to the immigration office for his student visa. When the approved visa unexpectedly arrived, Subhash decided to leave his prestigious career as a chemist specializing in pigments and dyes in India to build a new life in the United States for his growing family.

Subhash arrived in New York with large ambitions and $7 dollars in his hands. Through his perseverance and work ethic, he supported himself through a series of temporary jobs, including pumping gas, security guard and house painter in order to bring his family from India to the US. He was able to eventually return to his professional career as a chemist.

After working his way through world-class chemical and plastics engineering companies including Inmont, BASF and Engelhard, he rose to managerial roles, where he mentored and guided many professionals who are still working today. After all of this corporate success, Subhash decided to embark on a new venture and founded Color Technologies Limited, which he continued to manage until his death.

Subhash’s perseverance and dedication was an inspiration to many. He was the patriarch of a family that spans several continents, and made friends with acquaintances everywhere he went. He will be well-remembered for encouraging and supporting loved ones, friends and even new acquaintances in pursuit of their own dreams. His generosity knew no bounds, as he would

provide financial support to others with the simple direction that they “pay it forward.”

His other passions included traveling the world, throughout which he developed a love of many cultural cuisines (particularly Korean); preserving the Marathi language; and meticulously organizing (and sometimes jerry-rigging) the space around him. Subhash’s collection and cataloging of old, rare Indian films and songs is legendary among his closest friends.

In lieu of flowers or gifts, Subhash would have wished for his friends and family to donate to charities of their choosing instead. He was an avid reader of the National Geographic Society’s publications, which informed his world view and suited his need for a good long read with lots of information in a complex world. If you’d like to support his favorite charitable organization, you may do so via this link: https://www.nationalgeographic.org/give/

We all regret that, in this time of the global pandemic, we are unable to assemble together to honor Subhash’s life. However, a memorial service will be live-streamed on Monday, April 27, 2020 at 10 AM EST.

The URL is at the top of this page.

Share Your Memory of
Subhash
Upload Your Memory View All Memories
Be the first to upload a memory!