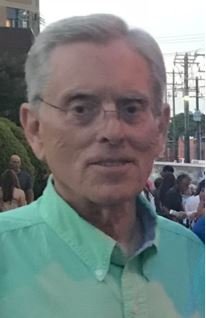 He was first stationed in Verdun, France in 1962. In 1965, he managed a major relay facility in Vietnam.  In 1967, he served the US Army Intelligence Command at Fort Holabird, MD supervising the installation and operation of a communications network connecting US Army Intelligence groups nationwide.  While assigned to the Communications Agency at the White House in 1968, he oversaw communications for the President of the United States and assisted in establishing remote facilities for presidential visits. In 1972, he was appointed personal communicator for the National Security Advisor and traveled worldwide with Henry Kissinger on negotiating missions by providing communications support from remote locations throughout many countries. His many awards include Army Commendation Medals; the Vietnam Service Medal with two campaign stars, Vietnam Campaign Medal and Republic of Vietnam Unit Cross of Gallantry; two Meritorious Unit Citations; the Presidential Service Badge; and the Meritorious Service Medal for support during the Vietnam peace negotiations. When he left the White House in 2007, he was the Deputy Director of the Situation Room. His 39 years of service spanned eight presidential terms and was the longest tenure of any White House employee.

While he had an amazing career, his loyalty and compassion to his family was just as amazing.  He met his wife of 54 years, Marsha, on a blind date. They lived in Sterling, VA until 1989 and spent the last 31 years in Fairfax. He was active in his community in several ways including serving on HOAs, volunteering as soccer coach to his children Bethany (Loving) and Stephen and advocating for wildlife.  He spent his life helping others and was a true role model to his grandsons Alex, Ben, Collin and Drew Loving. He is also survived by his brothers Bob (Jean), Ken (Denise), Hugh (Barbara); brother-in-law Clint Kisner, many nieces and nephews and his beloved pups Maddie and Charlie. His sister Helen Smith preceded him in death.

His family is incredibly blessed and proud to have been part of his life and he will be immensely missed. Services will be hosted at a later date at Arlington National Cemetery.

Share Your Memory of
Ralph
Upload Your Memory View All Memories
Be the first to upload a memory!