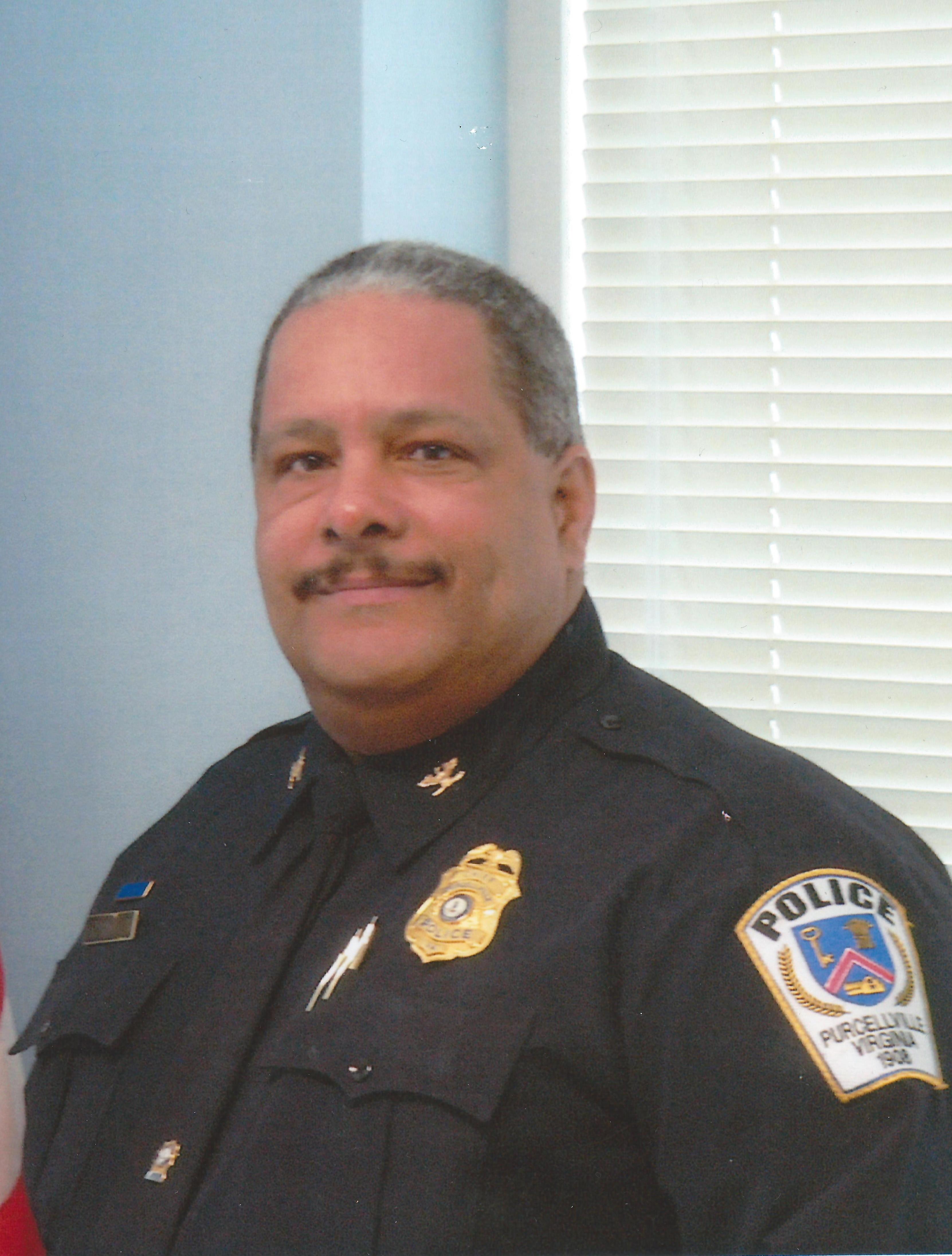 Two consecutive live webcasts by Mattox Photography will be offered covering both the funeral service as well as the graveside committal service with Police Honors on Friday, May 1, 2020.  Please use the following links to join the family in celebrating the life of Chief Darryl C. Smith, Sr. (Ret.).

Funeral service live cast to begin at approximately 10:55am with service beginning at 11:00am on Friday, May 1, 2020.  CLICK HERE to view Funeral Service.

Graveside committal service with Police Honors live cast to begin at approximately 11:55am on Friday, May 1, 2020. CLICK HERE to view Graveside Servcie.

If the hyperlinks above do not work on your device, copy and paste the following links into your browser.

Darryl started his career with the Town of Herndon in April of 1973 as the first African American police officer hired by the Town, where he served until his retirement in October of 2004. Darryl went on to make history in Herndon again in May of 2004, as first African American elected to Town Council. Darryl served as Vice Mayor from July 1, 2004 through June 30, 2006.  From there Darryl served as the Chief of Purcellville Police Department for nine years.  Darryl had a distinguished career in Herndon and Purcellville and was still known throughout the area for his involvement with the community, especially our youth.

Darryl Conrad Smith, Sr. was born on March 23, 1950 in Loudoun County, Virginia. He was the son of Joseph W. Smith (deceased) and Louise E. Smith. He was preceded by his daughter Rena Smith Pugh and his sister Rita. He departed peacefully at home surrounded by his loved ones on Sunday, April 26, 2020.

Chief. Darryl C. Smith, Sr. is a product of the Loudoun County School system graduating from Loudoun County High School in 1968. Darryl attended Virginia State University and was a brother of the Iota Phi Theta Fraternity.

On March 11, 1970, Darryl married the love of his life, Maria A. Griffin and from this union they were blessed with a daughter Rena (deceased) and two sons Darryl Jr and Kevin. Darryl, also cherished his four granddaughters; Bianca, Mia, Isabella, and Olivia and two grandsons Kane and Camden.

Darryl enjoyed his family, friends, and his community. He enjoyed being a mentor, youth football coach, youth soccer manager, and was an avid martial artist, attaining the rank of 5th degree black belt in the art of Tae Kwon Do.

Darryl began his law enforcement career in 1973 with the Town of Herndon Police Department, retiring on October 1, 2004 at the rank of Police Captain after a little more than 32 years. He is also a graduate of the 161st session of the FBI National Academy, the premier law enforcement executive training school in the world.

Post-retirement, Darryl spent one two year term on the Town of Herndon Town Council, elected as Vice Mayor in 2004. He later resumed his law enforcement career, becoming the Chief of Police in the Town of Purcellville, Virginia in March 2006, retiring after nine years in March 2015.

Officiating the service will be Chaplain Larry Brooks of the Purcellville Police Department.

A celebration of life service will be held at a later date once it is safe for everyone to gather together.

Donations may be made in Chief Darryl Smith's name to the charity of your choice.

Share Your Memory of
Darryl
Upload Your Memory View All Memories
Be the first to upload a memory!