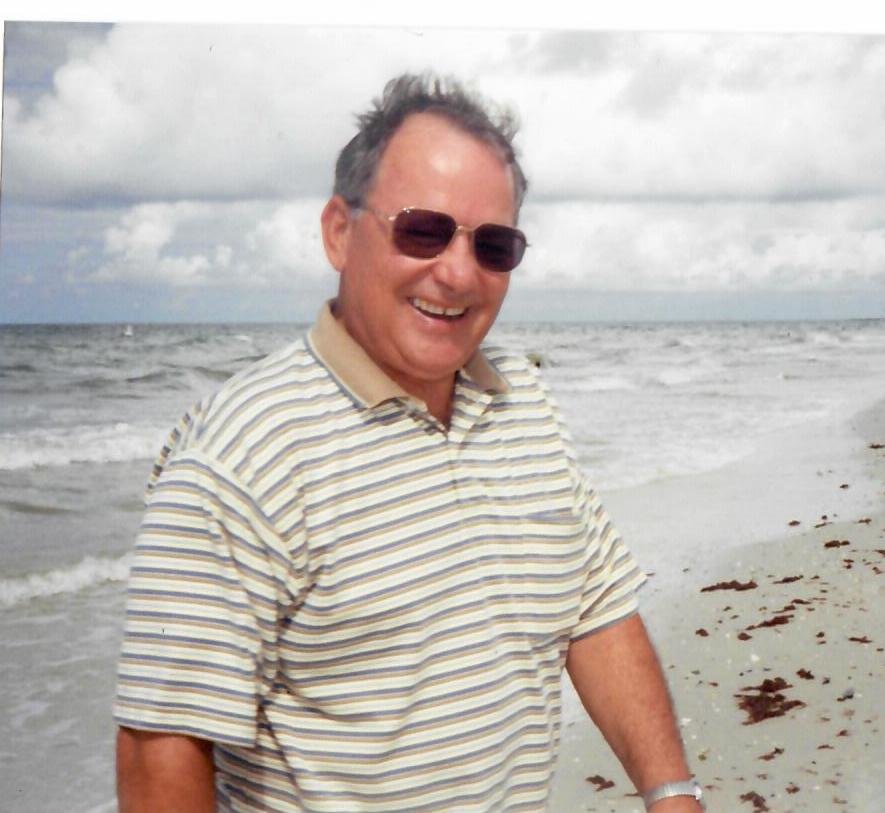 Bruce, age 78 – passed peacefully into his eternal Heavenly Home on April 30 while at home with his devoted wife of almost 59 years and daughter Alicia by his side. He had struggled with Blood cancer for the last five months. He is now at peace in a brand new heavenly body walking the streets of gold.

He was pre-deceased by his father Jean Morgret and mother Marguerite and a brother John Morgret and sister JoAnn Jimenez.

Bruce is most remembered for the things that brought him the greatest joy. First and foremost was quality time with his beloved wife, children, grandchildren, family and friends. He cherished the time together playing games, camping, golfing, bowling, playing tennis and taking cruises. He loved to laugh and bring humor and joy to everyone he met.

He is also remembered for his love for the Lord, his church and its members, and serving others. He served in countless ministries within the churches he attended and grew a heart for missions. He truly loved going on the missions trips yearly to help and serve.  He also spent countless hours repairing vehicles for those he knew. He worked hard and believed everyone should use the talents God blessed them with to the best of their ability.

Bruce was saved at the age of 12 at the Missionary Church in Ottawa, Ohio. He was later baptized at Grace Baptist Church in San Diego, CA.

After graduating from Lima Senior High, Lima, Ohio in 1960 he joined the Navy on October 11, 1960. He served for 7 years. He was stationed in D.C. , Memphis, TN then San Diego, CA where he served in  VS-35 and made two west pac cruises on the USS Hornet as an air crewman. While there he started taking classes at the Community Colleges. His last tour was two plus years in Key West, FL in Squadron VS-30. While being in the service there he managed to get his AA degree in Business from Florida Keys Junior College. Here he was also nominated and in a book for, Who's Who in Junior College. He left the service on October 10, 1967.

After moving back to San Diego he went to work for Union Carbide and also began college classes shortly after at San Diego State University. He then switched jobs and worked for the government at Naval Air Rework Facility before moving on to FASOTRAGRUPAC where he was in charge of all the simulators for the entire Pacific Fleet. All the while, attending college full time and where he received his BS Degree in Business Administration. He went on to receive his Masters Degree in Business from National University. During these years he also became the father of his two precious children.

Later in 1978 he joined Midway Baptist Church where he worked with a kids group called the  Pioneer Boys. Jean' was in 1st grade and also helped his Dad serve by working on the new building.

In January 1981 Bruce accepted a position at the Office of Naval Research in VA. After several years he took a position with the FAA where he was a Program and Management Analyst until he retired in August 1999.

After moving to Virginia and becoming a member of Fairfax Baptist Temple he again got involved in ministry and worked on keeping buses painted and working. Finally after purchasing another home in Herndon, VA he became a member of Temple Baptist Church. This is where his heart grew for Missions and seeing others saved.

In June 1999 he made his first Missions trip with Temple Baptist Church to Alaska. After this trip he made a missions trip every year until health issues the summer of 2006 prevented him from making anymore. Determined to continue his support for the mission field he worked on cars and donated the money he made. When health no longer allowed this he found a job at the Herndon Golf Course ( where he enjoyed playing weekly). He also took the money earned there and donated it completely to that mission fund. In May of 2018 he had to give up that position when he was diagnosed with Non-Hodgkin's Lymphoma. Sadly this was also the end of his playing golf.

He was doing fairly well until July 2019 when his health drastically decreased and he was finally diagnosed with MDS on November 27, 2019. God was gracious and blessed him with 5 more months before calling him home to Heaven.

He had a life well lived and his desire even till his last breath was that anyone who did not know Jesus as their personal Savior would come to know Him. He relied on the Lord for his strength and loved the verses Proverbs 3:5-6.

In lieu of flowers, the family requests that donations be made to the missions fund at Temple Baptist Church.

So that others may continue to hear about his Savior Jesus Christ.

Please join us for a Livestream service at

Share Your Memory of
Bruce
Upload Your Memory View All Memories
Be the first to upload a memory!