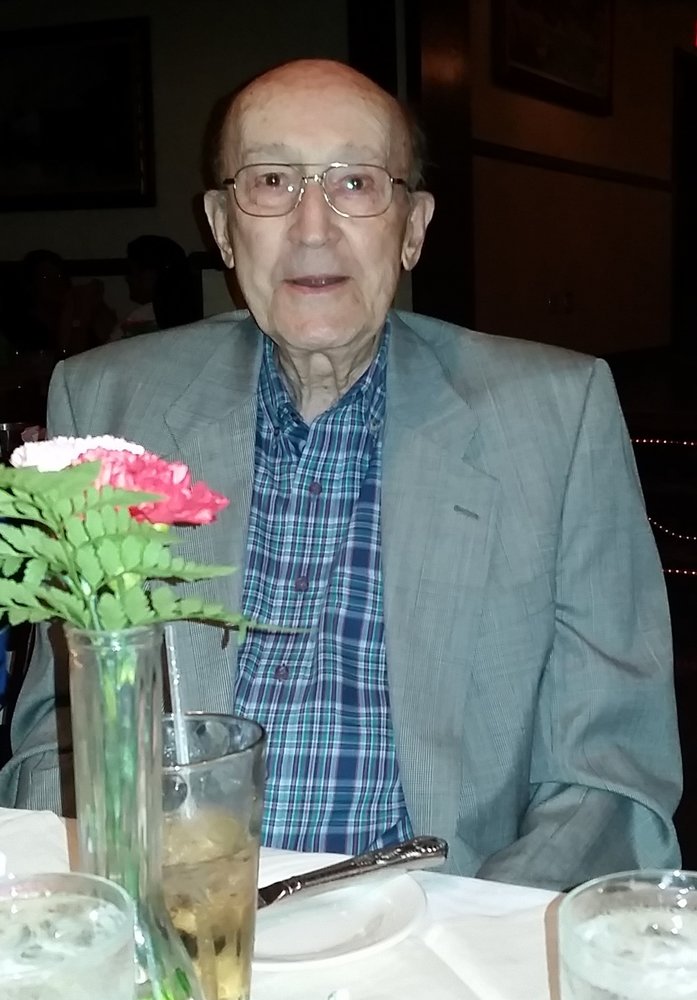 Get Directions
Thursday
7
May

John (Jack) Francis Eschmann passed away on May 3rd from a COVID- 19 infection that overwhelmed his already weakened health condition.  He was 91 and was a Fourth Degree Knight of Columbus.  He is survived by his sons John Francis Eschmann III and Richard James Eschmann, daughter-in-law Dace Eschmann, grandchildren John F. Eschmann IV, Brigita Eschmann, and Connor Eschmann, and nieces Linda Cavanaugh and Diane Reisinger.

Jack was born on July 19th, 1928 to World War I veteran John F. Eschmann and Zelda Eschmann and grew up during the Great Depression.  As a matter of historical interest Jack lost both of his grandparents in the Spanish Flu Epidemic of 1918.  The family lived briefly in Brooklyn, New York before moving to Cambria Heights in Queens.  Jack attended Andrew Jackson High School in Cambria Heights and played on the same high school basketball team as Boston Celtics player Bob Cousy.  Jack then went on and graduated with a Bachelor Degree in Economics from Queens College.  He was the first in his family to graduate from college.

His first job out of college was at Milliken in their textile division as a QA Specialist.  He was then made a salesperson and held that job for several years.  After growing tired of the commute into the Garment Center in Manhattan every day he and a partner formed an airfreight trucking company that primarily operated out of Idlewild Airport, later renamed JFK.  As a result of this job, Jack acted as an expert witness for the FBI against mob boss Johnny Dio who was under racketeering charges.

After marring Mary Alice Browne, moving to Douglaston Queens, and having two children, the family moved out to Fort Salonga, New York and bought a house.  Jack’s son, Richard Eschmann, is autistic and attends Developmental Disabilities Institute.  Jack was on the Board of Directors there for over 10 years.

After the airfreight company started experiencing trouble, at the age of 57 he learned out to remodel kitchens and formed a company called Artisan Kitchens.  He operated this company until he retired at 70.  Upon retirement, Jack and Mary Alice moved to Spotsylvania.  After Mary Alice passed away in 2015 Jack moved up to Northern Virginia to live closer to his grandchildren.

Jack was in declining heath after a hospital stay in February and was tested positive for COVID 19 five days before passing away on May 3rd, 2020.