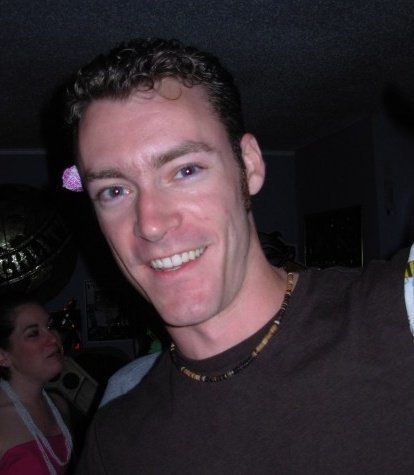 Jason Scott Arnold passed away unexpectedly on May 11, 2020 at his home (not Covid related) in Herndon Va.

Jason was born in Falls Church Va. to Scott and Cynthia Arnold on May 14, 1983.  He grew up in Herndon, Va. and graduated from Herndon High School in 2001.  He attended George Mason University for 1 year before transferring to James Madison University where he received his B.A. in Computer Information Systems in 2006.

After graduating, Jason worked for Assurion for a number of years before moving to Datastrong as a consultant, working there until his passing.  He loved what he was doing and was greatly respected and loved by the people he worked with.  His dedication to his work was endless, as he often said that when there was an issue that needed to be resolved, regardless of the ease or difficulty, he just had to resolve it and wouldn’t stop until he had.  His colleagues had said if you needed something fixed, Jason was the one to fix it.

He was indeed a “techie”, always helping his dad and mom with any issues they had with ANY tech device (which were numerous), usually accompanied with a snide comment like “I can’t believe you’re asking me this”, loved on line and computer gaming and had a passion in cooking, gathering all the latest in cooking gadgets and equipment, and always seeking to try different recipe’s and something new.  That applied to trying all types of food at different restaurants. One of his favorite pastimes was spending time with his mom on an occasional Saturday afternoon frequenting different types of restaurants, and introducing her to a variety of cuisines.

He loved dogs, having grown up with Shelties all around him and he had kind of a “Dog Whisperer “ aura with them, always able to get them to sit with him or come to him when others couldn’t.  There was never a time in his life when there wasn’t a dog around.  He also took great joy in taking care of his close friends Nathan and Katie Midkiff dogs, when they were away.  This gave him great joy, and again, the “Dog Whisperer” traits were in full force.

Jason was loved by everyone that knew him.  He had a wicked sense of humor that made family and friends laugh easily.  He was a loving and devoted son and loved his family more than anything else. To him, if his family was ok, he was ok. He had been especially attentive during this Covid-19 crises, always checking in daily with his family to make sure everyone was OK.

Jason is survived by his parents, Cindy and Scott Arnold, his loving sister Ashleigh whom he adored,           (husband- Darin), their kids, Jackson and Luke, (his nephews). The love of his nephews was immeasurable and they adored him as well.  He is also survived by his Grandmother Janet Willett (husband-Presley) a host of aunts, uncles and cousins, and a gazillion friends.

To say that he will be missed is an understatement.

A Memorial service/celebration of life will be scheduled at a later date.

In lieu of flowers donations can be made to:

Share Your Memory of
Jason
Upload Your Memory View All Memories
Be the first to upload a memory!