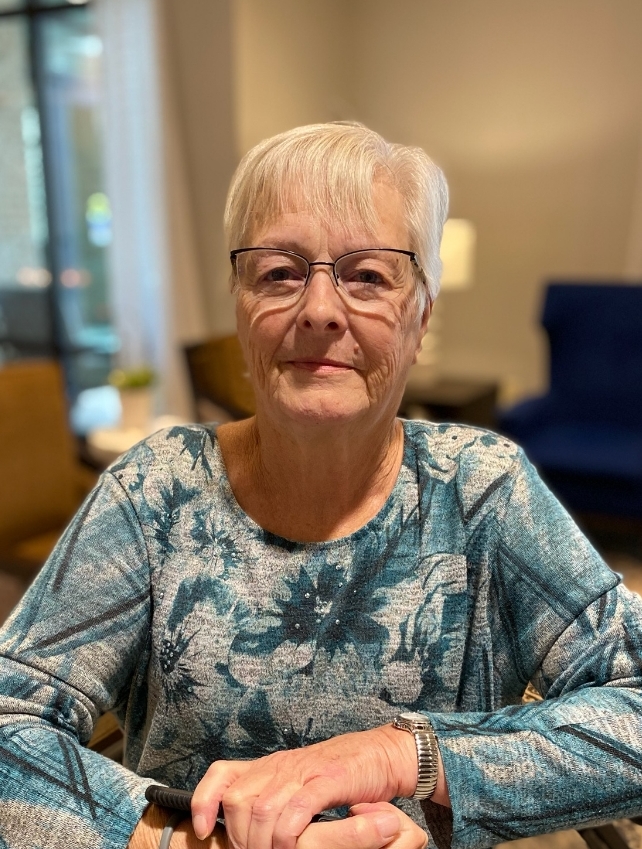 Born June 16, 1949, she was the daughter of the late Howard John and Betty Doran Osmer of Beardstown, IL.  In addition to her parents she was preceded in death by her sister Mary Margaret (Moggy), and two brothers, Robert Brad and James Brian.

Growing up in a small Illinois town, Sue met her Husband, Doug, on a blind date in 1971 at Wurtsmith AFB in Michigan, and they married about six months later on September 25th.  As soulmates, they enjoyed 34 wonderful years together before Doug passed in 2005.  Through his career in the Air Force, they were able to raise their family in Michigan, Florida, Italy, Germany, California, and Virginia, with trips to Illinois and Maryland to visit their families.  Sue continually broadened her horizons, challenged role expectations that others had for her, tirelessly navigated a continually changing environment while always remaining focused on her children and dedicating herself to the service of others.

Sue retired from Fairfax County Public Schools after 26 years of service at The Kilmer Center, a school for students ages 5-21 with multiple disabilities, intellectual disabilities, autism, and other development disabilities.  Her love for the children and support to their families extended beyond traditional working hours, regularly hosting a child overnight at her home and providing their families some needed relief.

As a resident of Herndon for over 30 years, she was a church member at St. Joseph's Catholic Church.  She wrote poetry, enjoyed puzzles, could spend hours playing slot machines, and loved the beach.  She lived for her kids, and selflessly spent her time in service and care for others.  Known as Susie, Sue, Mrs. Sue, Momma Sue, Mom, and Nana, she embodied courage, strength, service, sacrifice, and love.

Due to the ongoing community health risks of Covid-19, a private graveside funeral service will be held at 11:00 AM on Saturday, May 23, 2020 at Chestnut Grove Cemetery in Herndon, VA with Pastor David Mathews officiating.  As attendance at the funeral is limited to only ten people, the family will plan a larger Celebration of Life event to honor Sue with friends and family at a later date.

In lieu of flowers, Sue asked that donations in her memory be made to Capital Caring / Hospice and/or The Kilmer Center, both in Virginia.  Additionally, you may offer meal support to the family using the following links.

Meal Support for Leanne and Riley

Share Your Memory of
Susan
Upload Your Memory View All Memories
Be the first to upload a memory!