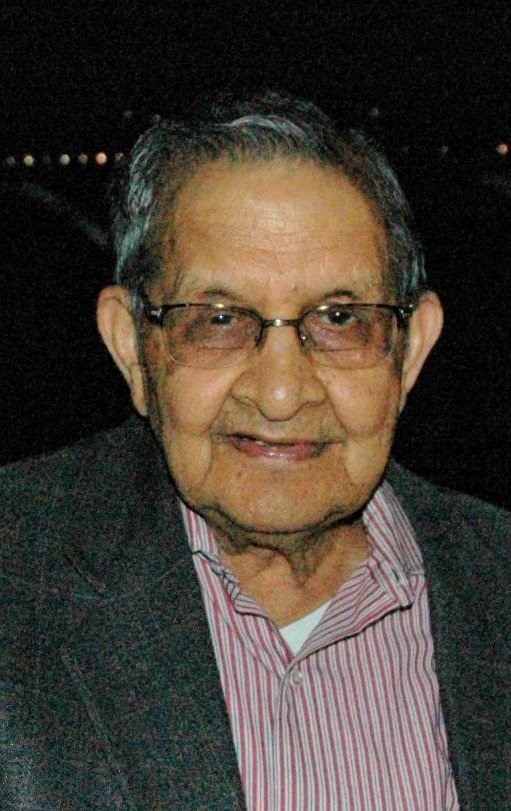 As per CDC guidelines the funeral service has a limited attendance of 10 people. We will be live streaming the funeral at 2:00pm E.S.T.on Friday May 22, 2020.

With sadness and love we announce the passing of our father, Dr. Indra Narayan Gupta in Annandale, Virginia on May 20, 2020 at the age of 85.   He died of natural causes related to Parkinson’s disease and depression exacerbated by being separated from his wife of 61 years who suffers from advanced dementia and, finally, the isolation of the COVID pandemic.

“Inder” lived a full and adventurous life.  Born and raised in New Delhi, India, he was a star pupil in the study of physics and traveled by ship with his new bride Sukarma in 1959 on a Fulbright scholarship to complete his doctorate at St. Louis University.   His life’s work focused on seismology including discerning between earthquakes and underground nuclear testing as part of the nuclear arms treaty and helping design buildings to withstand significant tremors.  His real passion, however, was earthquake prediction and he worked diligently on going from seconds to minutes in knowing when an earthquake will strike, thus saving many more lives.

As a husband, father and grandfather, friend and colleague, “Papa” was known as a sweet, unassuming, and soft-spoken man.  Both laid-back and fidgety, Papa delighted in enjoying and sharing the small pleasures in life, from music to mangoes, jokes, movies, walking and ping pong, eating out and eating in, a taste of something salty followed by a bite of something sweet with his tea.    He was also philosophical, endlessly curious and full of questions, especially the kind that have no answers.

In lieu of flowers, please contribute to the scholarship fund established by Indra and Sukarma Gupta to give assistance to two bright students, one girl and one boy, pursuing a career in the field of science.   The contribution can be made at www.RajdhaniMandir.org under General Donation.

Share Your Memory of
Indra
Upload Your Memory View All Memories
Be the first to upload a memory!